Saturday was the last of the ‘big volume’ auction weekends, as the 2018 property market winds up for Christmas. While the general clearance rate was under 50% again (for the reported properties), we thought we would focus on some stats, as there were some standout suburbs with solid results.

Malvern East has also seen a number of unreported off-market results over the past few weeks.

While a week in real estate doesn’t say much, we think the results demonstrate that buyers are prepared to compete for the properties where there is a combination of good-quality, right-priced stock and vendors with realistic expectations.

We also thought it was worth considering the positives associated with the current market and bank changes, particularly if the property meets most of the key requirements you have been searching for:

With only a couple more weekends before Christmas, most agents will now be focusing on trying to sell existing stock before taking time off for the summer holidays and get ready for a new auction year, which tends to commence after Australia Day.

We would like to take this opportunity to thank you for your support this year and wish you a Merry Christmas and a safe New Year.  We look forward to resuming our reports once the auctions return in February.

Hawthorn/Hawthorn East also had a good weekend of results selling 6 from 8 reported properties. Four of the bigger sales below: 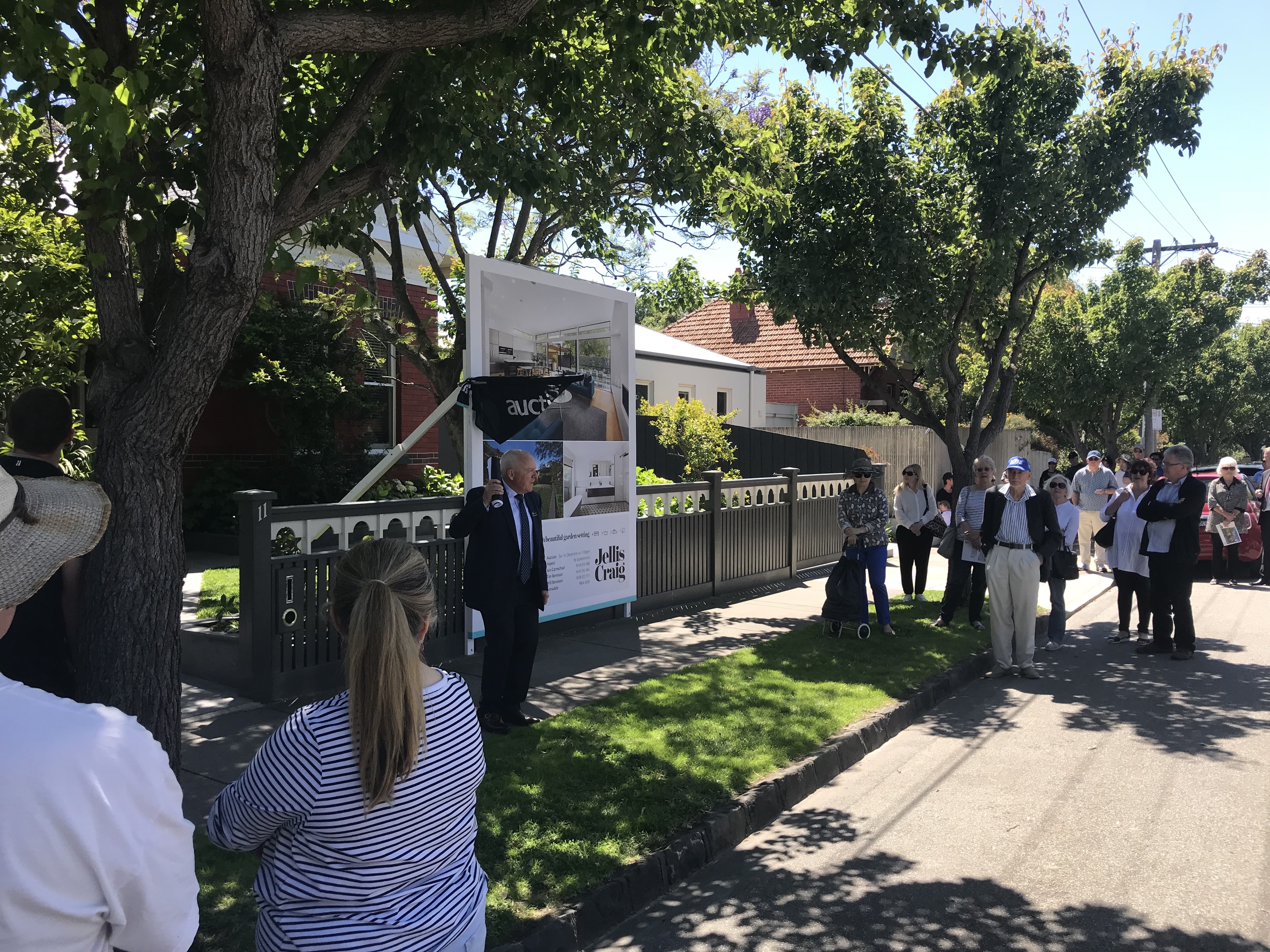 A good-sized crowd greeted Ian Carmichael from Jellis Craig at the auction of 11 Wheatland Rd Malvern, although bids were tough going.

The home at 11 Wheatland Rd Malvern offers a combination of Federation features at the front, combined with a light and modern extension to the north rear. Off-street parking for one car at the front, with a second one, perhaps a little tight, in the rear carport. The home would suit downsizers or smaller/younger families.

Ian Carmichael opened proceedings with a vender bid of $3.8m before receiving a genuine bid of $3.82m. The crowd was given some thinking time with a break, but further silence from the 50 or so people in the crowd greeted him after. Ian placed a second vendor bid of $3.9m before receiving another bid of $3.91m from the only bidder to secure negotiation rights. The property was passed in on the street, but sold shortly after for $4.01m. Situated opposite the well-regarded Elsternwick Primary School and an easy walk to the Martin Street shops and cafes, this home was always going to appeal to young families. Although a south rear, a good-sized decked area wrapped around for north-east light access. The home has been renovated, with a spacious family bathroom serving the three bedrooms, on approximately 381sqm of land.

Peter Kennett and Tamara Penno from Hocking Stuart had run the busy campaign and headed up the auction. A bid of $1.68m started the auction, swiftly followed by another young family, trading bids to take the property to $1.82m and onto the market. A third bidder entered the action, before bidder two stepped out.  Both couples were clearly keen to get the keys, trying to stretch as much as possible.  Bidder three was eventually successful, securing the home for $2.0m.