The 2018 market was slow to resume this year. While there were still properties to view in January, the majority were unsold homes from last year.

Most of the new stock didn’t hit the market until after Australia Day and this coming Saturday (17 February) will be the first auction weekend to test the market.

For buyers, it has been hard to find the gems. There are a number of homes for sale with compromises and some will need additional work, which may or may not be easy to undertake. There are structural issues, council regulations and overlays to consider in addition to the extra costs involved, and these issues probably outweigh any potential benefits.

Buyers may also like to consider the practicalities of some of the ‘move in with nothing to do’ homes – how well the floorplan/zoning works for the family, orientation and privacy, to name a few.  Stripped of the staged furnishings, the shell may not be as functional as originally thought.

Some buyers now regard homes that were considered close to infrastructure 10 years ago to be too far from the shops and station.

Council zoning is also becoming more of a concern for buyers.  Potential for development next door and undercapitalising … a new concept.

Of note, the single-storey homes with flexible floorplans (ie suit downsizers and/or younger couples/families) have continued to be well attended at inspections.

In fact, most of the Saturday opens we have attended have had large numbers of buyers through.  The question is whether this will this result in competition and sold stickers on auction day.

While many of the homes may not be ‘A’ graders, there is still a feeling of intensity in the market. There are only five auction weekends for the first quarter of the year, which means that there are only 2-3 weeks of new stock before the market shuts down again for Easter.

Some of the better properties scheduled for auction on 24 February: an architect’s view Peter Hickey from Buxton worked hard to try and entice a bid from the crowd in the rear garden of 10 Station Street.

This home offers a comfortable single-storey home, conveniently located to shops and restaurants, the beach and trains. While there was a reasonable crowd present at the auction, no one was ready to take up these opportunities. Peter Hickey and the team from Buxton opened with a vendor bid of $1.55m, before placing another one at $1.6m and passing the property in. 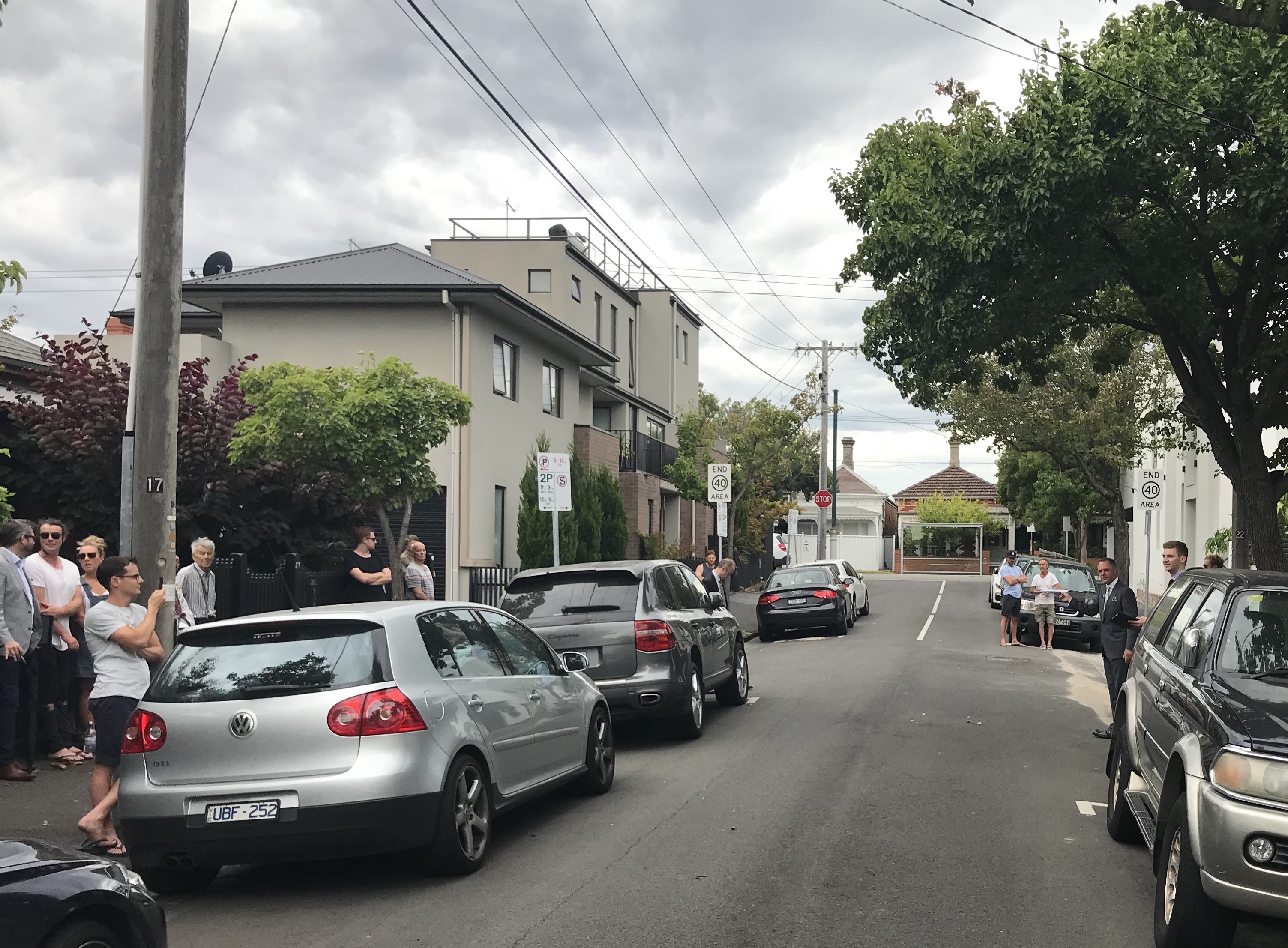 Neighbours were keen to see who would take up the opportunities on offer at this auction led by Scott Banks.

Opportunities beckon for the 237sqm of land at 20 Erica St Windsor: retain, renovate and extend the existing period home or start afresh. Lapsed plans exist to build a large family home with additional studio above the rear garage. The wide ROW access could also be utilised as a second ‘street frontage’ to build two homes on the site STCA. Scott Banks Real Estate has been seeking out buyers since before Christmas, culminating in this auction. Opening proceedings with a $1.5m vendor bid, Banks consulted with the vendors when no bids were received. Eventually an offer of $1.505m was made to secure the first right to negotiate post-auction. These seem not to have met vendor expectations yet, as the home remains on the market.