Saturday was almost the finale for 2015 and spirited bidding continued for the better properties. There is only a scattering of auctions now before Christmas is upon us.

Although the number of bidders was still quite healthy, it does seem that buyers, sellers and agents alike are looking forward to a break now – it has been a big year for the property market. A brisk 9.30am start and there was a huge crowd lining Bolton Ave, all keen to see what would happen at the auction of this north-facing block of approximately 725sqm in one of Hampton’s most desirable streets. Mark Earle was our auctioneer and, with a strong Buxton presence, delivered a thorough preamble before calling for an opening bid. Before he had even finished his sentence, an opening came from our first bidder at $1.9m. We quickly had two bidders competing and at $2.2m Mark announced he would be selling. This spurred three more bidders to enter the fray – bidding continued steadily until we reached the sale price of $2.47m. Peter Kennett is always entertaining, and this auction was no exception! Around 50 people lined the quiet cul-de-sac to see what would transpire at number 14 – a single storey in a convenient pocket of Brighton. Peter kick-started proceedings with a vendor bid of $1.65m and after some gentle encouragement, Bidder 1 entered at $1.67m. Bidder 2 chimed in at $1.69m and we had a two-way battle on our hands. At $1.85m, Peter headed inside to refer to his vendor and upon his return he announced he would be selling. The hammer came down a short time after at $1.87m to a round of applause. Pleasant Saturday December afternoon for this auction. Sitting out the front of the home is a coffee van – you can always count on RT Edgar (Boroondara) for that at their auctions…it is a nice touch and cleverly it reserves space for the auction team as it drives away.  I along with about 50 others are entertained by auctioneer Glen Coutinho’s pre-auction spiel – it is very Australian I like to think, being good humoured and never tending to go on for too long. Opening with a bid of $2.5m, Glen enjoys friendly banter with the crowd and gets a few laughs along the way to see bidding from 3 parties. The property passes in for $2.7m then sells for an undisclosed amount shortly afterwards. 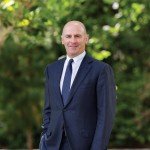 John Bongiorno (Marshall White): “Overall, when we look back on the year that has just passed, it would have to be said that the Melbourne real estate market has had a fabulous year. Low interest rates, a steady economy, strong demand both locally and internationally, have all been factors that have seen such a positive impact across the board. The year has finished off extremely strongly with, again, demand clearly outweighing supply which, looking at the crystal ball for 2016, can only be viewed in an optimistic light.”

This will be our last Market Pulse for 2015. Thank you for all for your support!

We would like to wish everyone a happy and safe holiday period. We are looking forward to returning mid-January next year.