Stronger market seems to be the new norm, for now. The third quarter Melbourne Market for 2019 has been anything but predictable.

Many vendors of well-located homes (close to shops, schools, transport etc.) are choosing to renovate, update or extend rather than sell.

Stamp duty is also becoming more of a consideration for seller/buyers (5.5% in Victoria).

A $2 million property will attract stamp duty of $110,000, therefore if the location works, why move?  Often an updated kitchen and/or bathroom can be enough to satisfy any restless thoughts that it’s time for a change.

Combine this with low stock and the uncertainty that it may take a long time to find something to buy and it can make sense to remain where you are and improve what you have.

That is why we believe it is more important than ever to buy right first time, with a home that has the flexibility to grow with you over a number of stages of life, from starting out as a younger couple/family through to downsizing. A quality buyers advocate can guide you in finding the one.

We think the current market is starting to feel more like the late 2016/2017 marketplace, where buyers were desperate to buy anything just to get into the market, although currently we still see properties with identifiable issues (internal and/or surrounding) finding this new market tough.

Many of the current vendors selling signed up before the market was showing signs of improvement.

Their motivations have been for genuine reasons (such as relocation, divorce, death etc.) and their quotes have been in line with past results, yet talk of underquoting has become the common topic of conversation again and we are seeing many buyers left disillusioned, spending money on building inspections and contract checks, as well as investing a lot of their time and emotion into properties to find they were never in the game in the first place.

For many properties selling at the moment, they are the only option available for buyers and some are achieving high prices as a result.  If it meets your needs, that is great; however, we think it is equally important to consider how the property will stand up not only in the current competitive market but also if the market were to change back again, just in case you have to sell unexpectedly.

Contact the professional team at WoledgeHatt Buyers Advocates to kick start your journey. 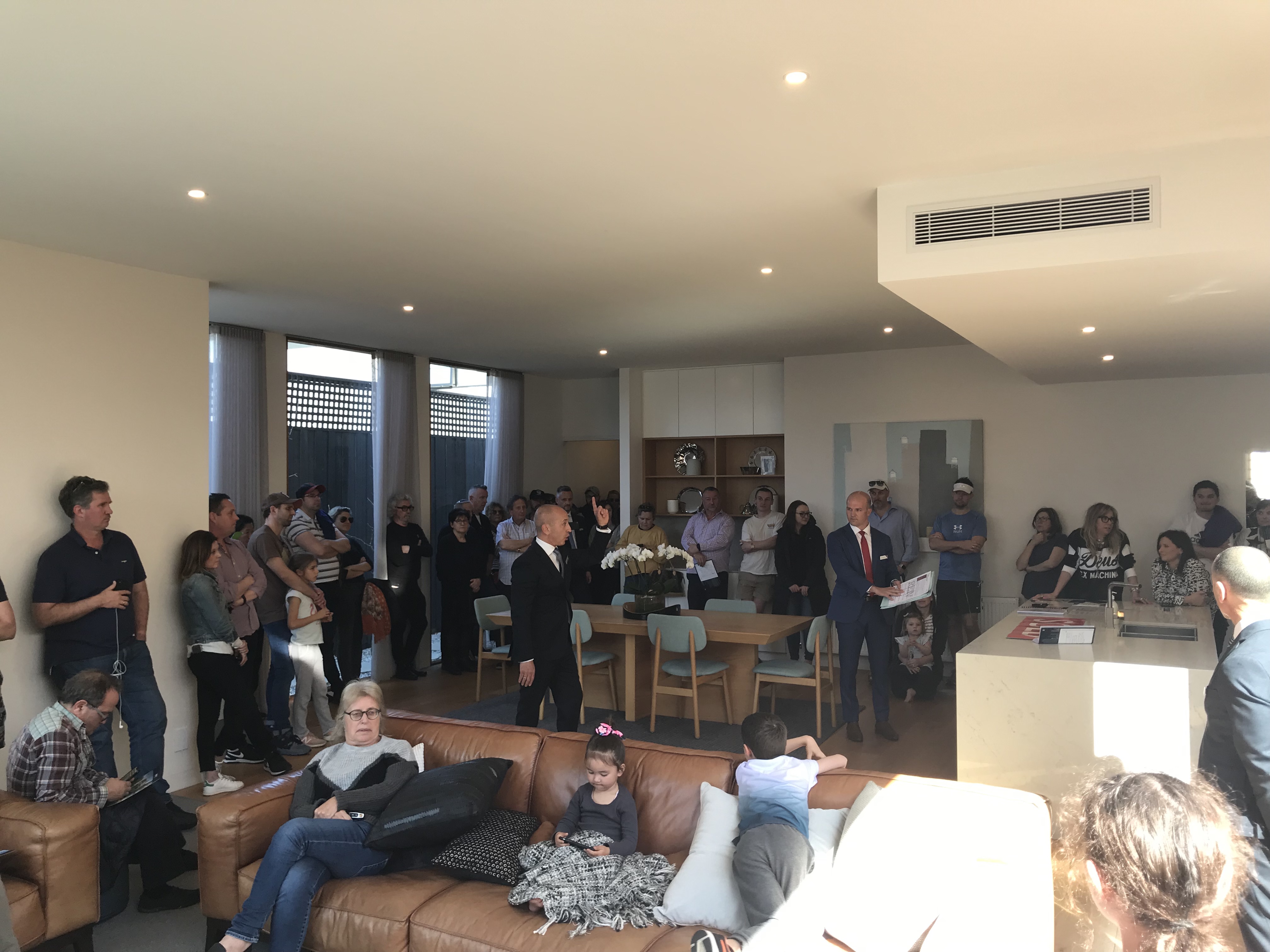 Bill Stavrakis from Biggin & Scott had two bidders fight it out for 14 Parnell Street Elsternwick, with neither wanting to let the home go.

Only a few years ago, 14 Parnell Street was a little single-fronted weatherboard home with a dated extension at the rear.  With its more recent full renovation and extension, it has become a well-thought-through family home. Children have their own zone with two bedrooms, bathroom and retreat upstairs.  The master suite, a study and two further living zones make up the ground floor, plus a bonus studio at the end of the north-facing rear garden, behind the pool.  The spacious laundry/mud room and butler’s pantry are ideal for families, as is the BBQ area flowing off the informal living at rear. Perhaps its only shortcoming is the lack of covered car parking at front, which would ruin the pretty façade.

A large crowd was spread around the rear open plan kitchen and living zone for the Bill Stavrakis-led Biggin & Scott auction.  After the customary delay to build anticipation, Bill got things started, but was made to wait by potential bidders in return.  Just when it seemed like there may be no bidding on the home, a lady came forth with an offer of $2.55m.

As is often the case, the second bidder was standing almost beside her and the two traded swift $50k bids to reach $2.9m in a blink. Daniel Ashton quickly dashed off to confer with the vendors while the auction continued, coming back at $2.95m to declare the home on the market. The announcement certainly didn’t have the desired effect, as bidding almost stopped, then crept up in painful $5k amounts. At $2.985m bidder 1 declared she was out and bidder 2 looked to have it in the bag.  At the last gasp, a relative of bidder 1 jumped in, clearly not willing to let the home go for her family.  She was determined to win the property, but so was bidder 2. With bids of $1k or $4k the two traded blows, hoping to outlast the other. Often it looked like one was giving up (mainly bidder 2), but Bill cajoled and prodded until another bid was placed to restart the process. The first party was getting extremely frustrated with this, threatening to stop bidding, but then again not wishing to give up the home. She eventually outlasted the opposition, securing the property for $3.175m.  Around 100 bids were placed throughout the auction. A very strong end result for this part of Elsternwick.