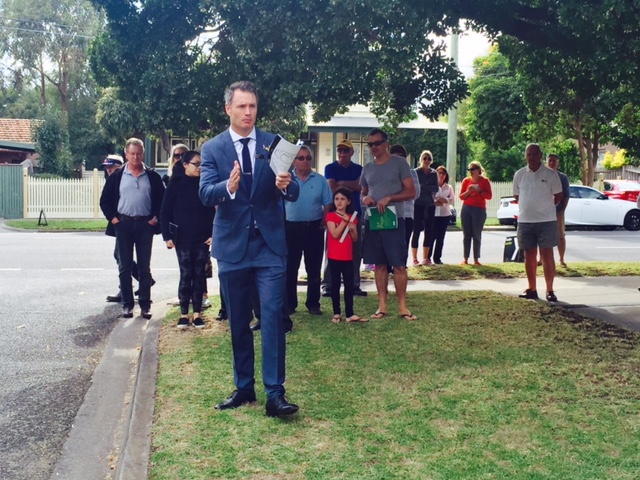 The weekend saw only a small number of properties auctioned and although the realestate.com.au clearance rate was 70%, many home were ‘b’grade at best.

We have another slow weekend coming up with another long weekend, incorporating Anzac Day, and then we will very quickly be into the thick of things as April 30 is going to be very busy with many good quality properties to choose from.  This will be the first post-Easter test to see whether the perceived buyer interest translates into actual sales.

34 Middle Crescent, Brighton – Peter Kennett/Stephen Tickell (Hocking Stuart) however, was anything but average.  For many the ‘crescents’ symbolises ‘blue chip’  Brighton, centrally located between Church Street and Bay Street shops with both Brighton and Firbank Grammar amongst the curves.

Offering approximately 830sqm land and a north westerly rear orientation, the property offered a comfortable family home that could be lived in as is, further updated of replaced to make way for a new build. Our analysis of 34 Middle Crescent, Brighton

Slowish start with a vendor bid of $2.9m, then an opening bid chipped in at $2.95m. As it looked like the property would be passed in at this level, the auction started to gather some pace and auctioneer Steve Abbott announced the property on the market at $3.3m. Property sold strongly under the hammer for $3.95m, $650,000 over reserve. Vendor must be happy…… A cracker auction with a huge crowd of nearly 200 people in attendance, all waiting with bated breath to see what would become of this rare offering of a 1960s architect designed home on approximately 830sqm in a premier Brighton locale. Peter Kennett gave a thorough preamble before asking for an opening bid. Bidder 1 offered $3m and we were away. Bidding came fast and strong – in total there were five parties vying for the property. At $3.6m the home was on the market and bidding continued – with some humorous moments, thanks to Bidder 5 who disappeared for a moment before coming back and took the keys to the home with a successful bid of $4.375m. An entertaining and nail-biting auction with an extremely strong result at over $5000sqm. 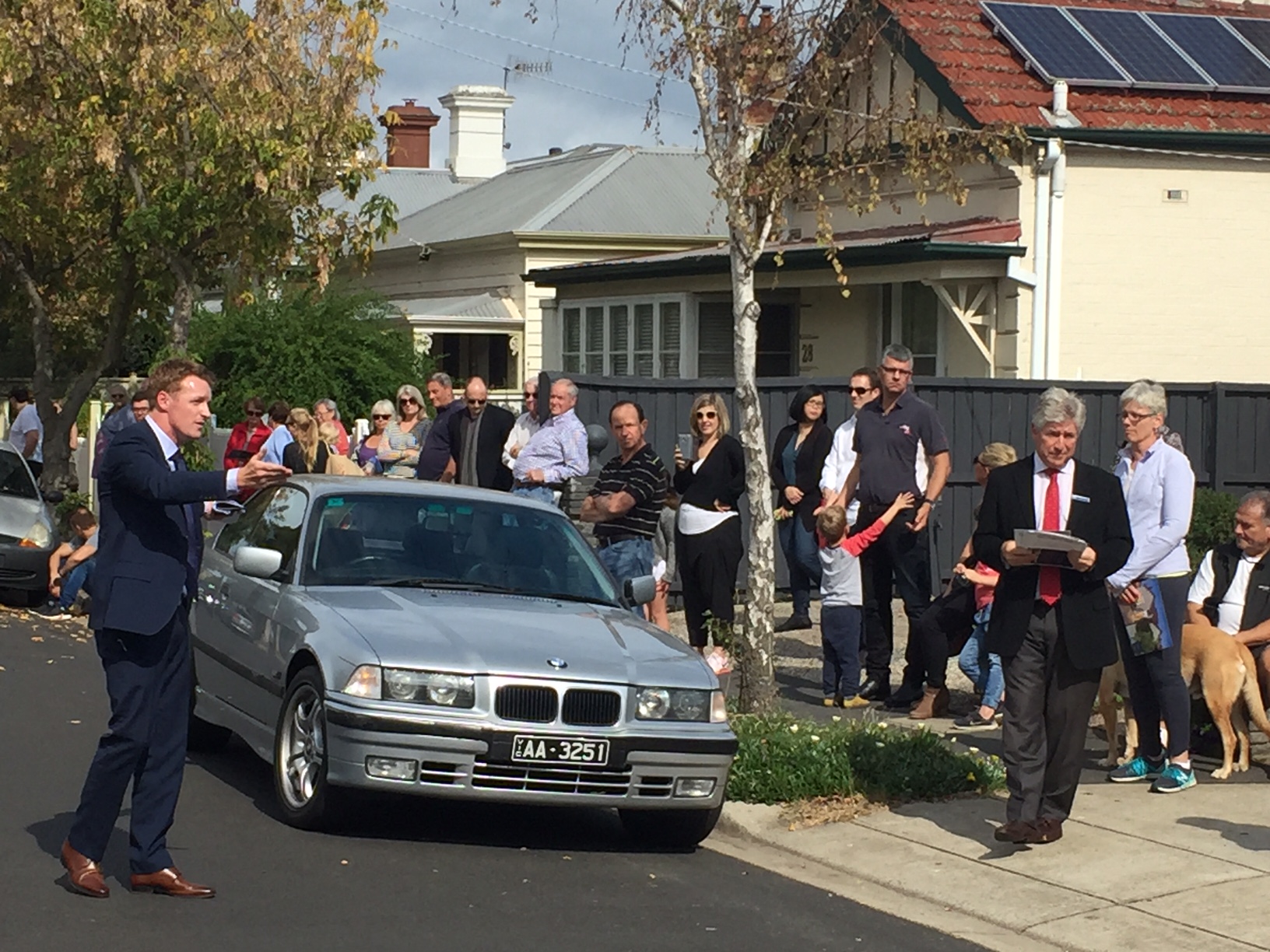 First Marshall White here for good local agent Fraser Cahill and he couldn’t have asked for better property, setting and crowd in many ways.
There was a buzz at this auction and rightly so – the house was good one offering great potential in an underrated Prahran street – Highbury Grove.

Opening on a vendor bid of $1.4m, Fraser looked for his first bidder and that came quite quickly. Soon after there was good competition from a few bidders and the auction was well and truly off and running. The property was announced on the market at $1.535m and at that point the auction found another gear – with five bidders at this point having a go. At $1.635m the auction looked over and just before the Fraser called “sold” up popped Bidder 6 who was standing in front of him. A very risky move………why do some people do this? After some deliberation the auction reopened and one of the original bidders eventually won out on the day at $1.651m – much to the delight of the crowd who I think really hoped he got it as he was a good bidder and took things in good spirit.

Agent Opinion: “It seems that most agents are saying that stock levels are tighter than they were last year. Are you seeing more buyers in the market per property for sale, or less. Is demand increasing at a faster rate than supply ?” 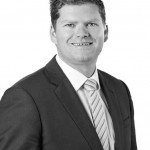 Sam Gamon (Chisholm & Gamon): “Buyers, buyers, buyers but where are the houses? The bayside region as a whole is statistically showing dramatically reduced stock levels and the buyers seem to be multiplying. Last weekend we launched some new campaigns. We are marketing a house above $2.5m that saw 43 groups attend the first open, followed by 25 groups the following day. The same weekend we launched a $1.3m home and also had over 40 groups attend the first open. These numbers are staggering. Buyers are thick on the ground and decisive. Some of them have been looking for only a few weeks but we’re consistently seeing some faces time and time again. Last weekend we sold a home for over $2m where the couple had been looking for 12 months. We did an assessment on our under bidders recently. Our Black Rock office for example has 65 under bidders looking for properties in various price segments. If you’re a vendor looking to sell there has never been a better time. It’s a market crowded with buyers where your home can shine.”