A solid auction weekend overall, considering it was the first weekend back with numbers.

The good properties were well contested, and those over priced or with concerns (perhaps a combination of both) were left on the shelf.

There have been reports that the number of homes sold this winter is up approximately 20%.   This has been largely due to a number of buyers still wanting and canny vendors capitalising on this.

The good news for buyers who haven’t bought, is that there are some very good properties coming up.  Many of which will hit the internet this week. Two highlights are in the Gascoigne Estate (Malvern East).  Good family homes, tastefully designed and renovated.

Auction highlights this week include:

58 Metung Street Balwyn (Jeremy Desmier, Fletchers). Approximately 650sqm land, westerly rear. Selling for the second time in nearly five months for an undisclosed amount in the early to mid $2millions, or around $3,500sqm inside the Balwyn High zone.  The vendor getting their money and stamp duty back plus little more.

49 Roseberry Street Hawthorn East (Andrew Wilkie, Jellis Craig). Considered by some as a ‘B-grade’ part of Hawthorn East with plenty of new  development around it, the home itself had a fair bit going for it; north rear, pretty from the street and good volume. Some internal changes, done well, could really transform this. Certainly the crowd though that too, selling for a nice even $2million, setting a new record for the street.

A tale of two properties – land, house, lifestyle – and the advantages of both:

Both sold on the weekend, for almost identical amounts, in the higher $2millions.

21 Haydens, a convenient location to the Concourse shopping centre, a few hundred metres to the beach and a west facing rear.  Approximately 683sqm with a, near new, large Lowe Construction family home and pool utilising most of the land. Concerns – the road is a local traffic thoroughfare, particularly during the day and the bus stop, complete with seat, is directly out the front.

20 Reed Street, 424sqm, two street frontages, a well positioned period home with a large back yard, one block back from the beach and an easy walk to both Albert Park and Port Melbourne. Concerns – further money will need to be spent on the property as the home will require a major renovation at some stage.

Both homes offer a variety of lifestyle opportunities, however, Reed is likely to offer better capital growth opportunities given the land size and proximity to the city.  The bulk of the purchase price for Reed in the land, with a nominal amount for the home, whereas Haydens was as much, if not more, about the house with a more evenly split ratio between house and land in the purchase price. Historically, land has been the driving factor in increased property prices with the buildings depreciating over time.  As families become more time poor, proximity to the city will become more desirable for buyers.  Whereas, once, Albert Park was limited for schooling options, this is no longer the case with both primary and secondary schools close by, and new ones, such as Haileybury College, opening in the city as early as next year.

Whilst the property prices may be very similar today, there is likely to be a growing gap between the two in the future. Next weekend will be the 8th of August, and there are plenty of auctions. Given the heavy numbers, buyers should consider buying before, but this strategy is not that easy if you are emotionally attached and/or have not done it before. A good sized crowd of around 80 people lined both sides of Wilmot Street as Mark Staples took centre stage alongside Steve Burke for the auction of number 14. Bidding was fast and furious and after opening at $1.2m, it didn’t take too long for the home to be on the market at around the $1.42m mark. Three parties took the price to $1.555m before the hammer came down to a round of applause. A quick, rapid-fire auction. The threat of rain looming above, along with the brisk morning air, didn’t deter the 50 or so people that had gathered to see what would transpire at the auction of this large, modern family home in Hampton. Christian Hegarty was our auctioneer and after a succinct preamble, he called for an opening bid. As the crowd huddled around, Bidder 1 offered $1.8m. Christian then tabled a vendor bid of $1.9m before the property passed in to the lone bidder at $1.95m, before selling after auction for an undisclosed amount above $2m. A good crowd, closer to 100 gathered to watch Peter Kakos auction 5 Warriston Street. Whilst the competition was enough to engage, he managed to include some humour and fun to an otherwise serious situation.

The successful bidder started and finished and was bold in his bidding, the first bid at $1.65million. A second bidder presented immediately, however, he was in and out quickly, before the third joined in. On the market at $1.78million, things started to slow as the numbers approached $1.9million, eventually selling for $2.010m.

Not that much of a surprise really – this area of Brighton has been providing good value for buyers, (e.g. The two sales earlier this year at 6 and 17 Willansby Street, ) particularly considering properties with similar proximity to shops and transport on smaller land further south ( 1 Mildura Ave, Sandringham and 4 Orlando Street, Hampton) both sold recently over $3,000 sqm, with less desirable houses. Even 3/49 Abbott Street, Sandringham, 465sqm – but still one of three units – sold for over $2,900 sqm and still needs a good cosmetic renovation.
When considering the area to buy, it pays to understand what is happening beyond the immediate market you are looking in.

Agent Opinion: How would you compare prices in your area to this time last year?

Nick Johnstone (Nick Johnstone): “I would say prices in Bayside are up around 10% across the board. The demand for villa units and family homes is exceptional. New home sites are also in strong demand. The interest is from local buyers as well as overseas buyers, especially mainland Chinese who are moving into the Bayside suburbs.” 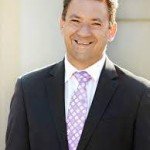 Paul Pfeiffer, Melbourne Deluxe:“The market has certainly risen rapidly over the past 12months, with the $10m barrier in Canterbury now well and truly broken through with at least 4 sales exceeding this price point by up to 30%. Quality homes have hit the ground running in other suburbs as well, extending into Kew with a couple of sales past $10m. This has greatly been achieved due to the low AUD, low interest rates and the limited growth on the top 100 ASX. Just look at the major bank stocks and you will see single digit growth over the same period. Whereas property has been double digit growth in most of the top 20 suburbs of Melbourne, for example, Balwyn has gone from $2,000 persqm up to $3,000 persqm approx. Couple this with the increase cost in construction and you find the new housing markets in these key inner city suburbs have set their all time high. Balwyn record price now sits at just under $7m, Deepdene has progressed over this price and Canterbury’s best price is just over $13m. The market is as good as I have seen in 20 years, confidence in real estate has surpassed every economists predictions and I am now hoping that the market stabilises, given growth at this pace is unsustainable.”

Footnote: You might be interested to check out the winners of the recently held 2015 Houses Awards. Click Here for photos & details of some really stunning homes.