Adam and Kristen at one of the hundreds of house inspections they undertook this year.

Some insights from the 2017 market:

Our thoughts for next year?  February/March usually starts strongly, with many new buyers starting their searches; however, overall, we expect a more balanced market with competition for the good homes and fewer numbers interested in the homes with issues.

Auction numbers for the last auction weekend of 2017 were low. According to REIV records, Stonnington Council auctioned 16 homes (over $1 million), of which only six sold.

A big thank you for following us this year – we appreciate your support.

Today’s Market Pulse will be our last one for 2017 (the Year of the Tiger!) and we are looking forward to returning when the auction season commences in 2018.

Some sold and some didn’t this weekend.  Vendors of those that didn’t will most likely have to wait until January now, although, for buyers still looking to buy before Christmas, there are still some good homes for consideration.

Land buyers looking to purchase in the Stonnington Council were void of choice, with no land options for consideration this weekend. Here are some in Boroondara and Bayside. James Tomlinson from Marshall White works the crowd for the successful sale of 1/69 Denbigh Rd Armadale.

A unique church conversion was on offer at 1/69 Denbigh Rd Armadale. Well positioned to amenities, this three-level townhouse is one of eight in the group. The property could suit downsizers with a downstairs master, while also appealing to a younger demographic with two further bedrooms and multiple living zones. James Tomlinson from Marshall White led the auction in front of the church façade, immediately starting with a vendor bid of $1.4m. It looked like the auction would not take off, but, after giving everyone time to think with a quick break, two bidders finally moved things along to $1.625m. With another vendor discussion announcing proceedings very close, the home then went on the market at $1.63m, bringing out a third bidder. Eventually the property was fought out between the first and second bidder. Bidder two was the eventual winner with a couple of $5k bids unsettling the competition more focused on thousands, purchasing for $1.681m. 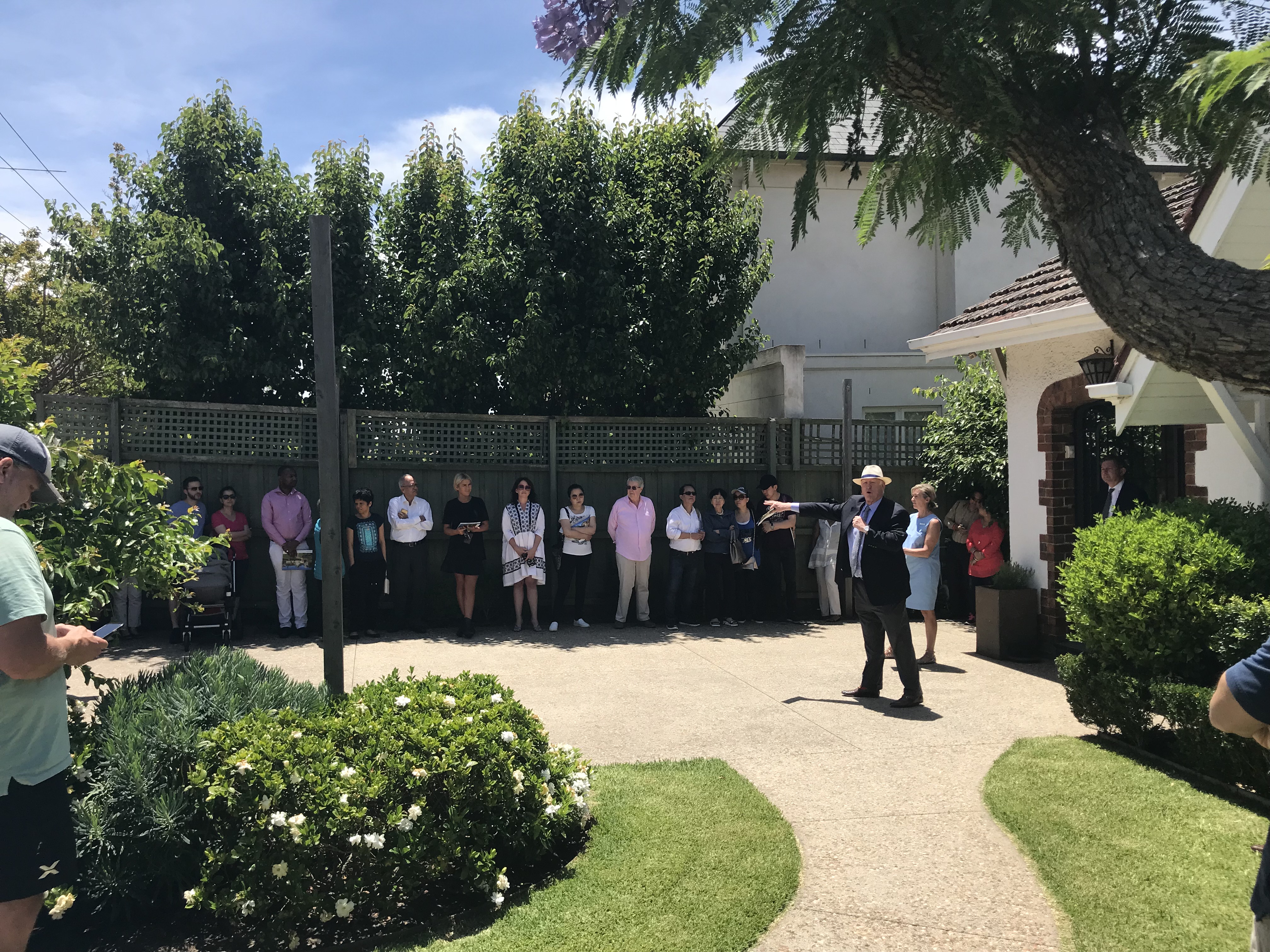 The front garden was a picturesque backdrop for the auction of 2 Cross St Toorak, led by Gerald Delany from Kay & Burton.

2 Cross Street Toorak offers a large 1930s family home on 613sqm of east rear land. Comfortable enough to live in, yet offering future options into this well positioned part of Toorak. A decent crowd of 30-plus people sought out the shady spots in the front garden for the auction. Gerald Delany led the Kay & Burton team and, after the preamble, quickly started proceedings with a vendor bid of $4.3m. Two bidders slowly took the property up to $4.47m before this was taken in to the vendors. Not yet on the market, a third bidder entered the action, mainly against bidder two, eventually slowing things down with $5k bids. The property was passed in at $4.505m, with negotiations taken inside. Sold after.