February 14 – Auctions are Back!

One of the ‘first’ auction weekends for million-dollar-plus Melbourne homes – and it was a solid one.

Supply levels are perhaps not what many would have thought, and this is driving competition. All auctions we attended today had four or more bidders and the vibe was strong. It seems 2015 will be starting off where 2014 ended. There have been more than 80 groups through 27 Golding Street Canterbury (a really well renovated period home on small land) in its first two opens – very healthy numbers for Andrew MacMillan and Nathan Waterson (Jellis Craig).

There are really only three weeks for new properties to be advertised, as 28 March is the last big auction weekend before school holidays and Easter.

With multiple under-bidders still hot to buy, it may be reasonable to assume that intensity at auctions may increase, particularly if choice remains low.

A bigger opportunity for buyers may come from those who have just bought. Unless their properties are ready to market immediately, it may be that a quiet sale will provide them with better timing outcomes than an auction date post-Easter, school holidays and the Anzac Day public holiday.

We are being advised regularly of genuine “off-market” opportunities for our clients.

There are plenty of these around at the moment:

One of the “first” auctions of 2015 and a good crowd of around 100 turns up in light rain for the auction of this “land buy” in a leafy Glen Iris street.

With no. 7 selling in October last year for $2,020,000 (similar land size, yet north-facing rear, dual street frontage and a prettier facade and house bones), it will be interesting to see how this auction transpires – this property (no.2) looks as though it might go for 10-15 percent less. It is a level block of land and has good precedents either side to build forward on the block, which is a big plus.

As the auction starts, the rain grows heavier and the sea of umbrellas increases. Auctioneer Daniel Wheeler kicks the action off with his usual spirited preamble, a little shorter than normal, which is fair enough in this weather.

A good result for the vendor with an entertaining auction by Daniel and well run campaign by fellow agents Justin Krongold and Jason Brinkworth. Well over 120 people gather in the front of this beautiful Italianate renovated brick home in Kew. James Tostevin gives a spirited preamble as the sun streams down, which is a welcome change from the intermittent rain that has just passed.

The auction opens quickly, as James looks for $3,400,000 and he gets it from Bidder 1. Bidder 2 comes along not long after with a $50,000 rise and, before long, it is a measured tussle between the two bidders. Cracker auction at 6 Kyarra today with six bidders vying for the prize under the guidance of auctioneer Sam Paynter.

With a lot of entertainment from Sam, and a television crew at hand, the auction ambled steadily along and eventually the bidding slowed down considerably with perhaps around 40 bids at $1000 each. Lose the View to the Loo!

One little pet hate I have when inspecting homes is the inappropriate (or thoughtless) positioning of the toilets within the floor plan itself or within the bathroom. There isn’t anything nice about a toilet that is prominently on view as you walk past through a hallway or if you looking through a doorway into a bathroom, irrespective of whether it is clean or not.

I recently went through a two-storey home that had a powder room located right at the top of the stairs, and when the door was open (as it was in the this case), the toilet was on full view. A simple change to the arrangement could have addressed this (see below), and I am not sure why the designer did not consider this, as it would have been such a simple thing to do. It is much better to view a vanity by hiding the toilet behind the door swing. Often toilets are located in open bathroom areas. This is usually OK but again rather than a central, prominent position, it is much better to locate the toilet to the corner of a room or, better still, behind a screen.

These days modern homes will have multiple toilets (sometimes matching the number of bedrooms!) and I believe it is even more important to hide them away.

When inspecting a home, designing new or renovating, really think hard about what you can see from many vantage points. Ugly aspects such as exposed toilets are not a good look, and can be detrimental to the appeal of the home. If you do happen to buy a home with poor toilet positioning, this can be fixed by changing the door swing or moving the toilet itself – but this could be costly.

Agent Opinion: How is the market shaping up for 2015? 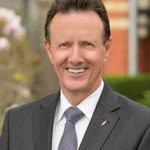 Richard Earle: In terms of how we’ve seen the market open up, we have had very good attendances at open for inspections, and we are extremely positive we are carrying good momentum through from the last quarter of last year, particularly in Boroondara. We have seen a strong number of auctions for February, and indeed now March, and the first quarter has opened up well indeed, albeit with not a lot of auction results as yet, but certainly the open for inspections have been very, very good.

The overall dynamic for the year ahead, we think supported by the wonderful private schools, the period style homes, the great values in terms of great city access etc, all  those factors, along with our great resources, should  continue to see us surge in the market in the coming six months.