With talk of holidays and warm escapades now behind us, the anticipated return to the market has not been disappointing.  Although only a small number of homes were auctioned on the weekend, bidders were keen to demonstrate their interest.  We saw quick starts and very few vendor bids at most of the auctions we attended. The glorious winter sunshine beamed down as a large crowd huddled in the backyard of this 4-bedroom home on a sprawling lot in one of Brighton’s prized streets. Sam Paynter was our master of ceremonies and after calling for an opening bid, was rewarded with an offer of $2.3m. A total of four bidders joined the competition and at $2.5m Sam announced the reserve had been met. Bidding continued steadily until the price reached $2.64m and the hammer came down to a round of applause. Just moments before Greg Hocking took centre stage, the heavens above opened sending people running to their cars for umbrellas and coats. The rain didn’t dampen sprits however, and after a vendor bid was tabled to kick-start proceedings, multiple bidders entered the competition and took the price to $3.755m before the hammer came down.

Agent Opinion: “Have you seen any changes to the market pre and post school/winter holidays? Do you expect the new FIRB and vendor sales over $2m tax rules to have any impact?” 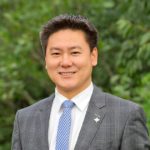 William Chen (Jellis Craig, Balwyn): “We can certainly see a great change after the school holidays. The number of buyers that have come through the inspections are better than before the holidays. The auction clearance rate for JC group last Saturday was 83%, however the stock is still very low compared to last year.  The impact of the $2m plus tax rule will be limited – it only regulates the seller when paying taxes – it does not apply to buyers.”