Hot Hampton market: a big crowd sheltered in the shade, where two young families bid for a property in Avondale St.

Those expecting the Melbourne property market to fall or flatten out will continue to wait, with yet another strong market performance this weekend. Under the weight of big numbers again, the strong inner Melbourne market held firm, with an REIV reported clearance rate of 82%. With nearly a third of the year gone, 2017 is shaping up to perform as strongly, if not even more so, than last year.

We have seen an increase in the number of pass-ins; some were sold afterwards and others are still waiting for buyers to rise to the vendor expectations, which agents suggest are on the rise. Next weekend is the last of the bigger auctions for a few weeks, as 8th April falls in the middle of the school holidays. The Anzac holiday shouldn’t provide as much disruption this year, as it falls on a Tuesday.

We are seeing more homes bought before auction. While this can be a good strategy for creating certainty, it can also be a costly one. You may pay $50,000, $100,000 or even more than any other buyer would have been prepared to pay.

Buying beforehand can help provide certainty if you know your offer is at a level where the vendor will sell. Generally, in this market, most offers will need to be at the vendors’ ‘dream’ price to stop the auction and the market is starting to show that some vendor price expectations are now well above the buyers’.

While an auction can be stressful, if you are going to venture into unchartered territory at levels otherwise not seen before, it may help in the following days, weeks and months afterward to know that someone else was also willing to pay nearly that price.

The well-renovated homes in good locations continue to perform well. As an owner, if you make smart decisions when renovating, the money spent on a good architect and/or a good builder can all come back to you when you decid to sell.

Still quite a few of these around, here are just a few we have been privy to in recent weeks: A crowd of 50-plus spread far and wide along Talbot Street to remain in the shade, while witnessing Mark Earle from Buxton successfully auction this property. The home offers comfortable family living as is, or further opportunity to expand and refresh the period features, all set in 860sqm of private gardens. The proximity to amenities and schools certainly made the property appealing to young families, who bid strongly to secure the property for $2.926m, after exceeding the $2.75m reserve. Neighbours cheered to welcome the new family to Retreat Road at the end of the auction held by Stephen Wigley from Hodges.

A well-presented single-level family home delivering multiple living zones, good bedroom separation and a low maintenance garden with pool. Stephen Wigley from Hodges worked up a sweat in the humid afternoon, encouraging 4 bidders vying for the property. After announcing the property on the market at $2.17m, two families pushed the final result to a solid $2.245m.

Agent Opinion: As an expert who has worked in the suburbs of Kew and Hawthorn for many years, have you lately seen a change  in buyer demographics (ie where they are are coming from)? How is this affecting price? 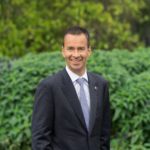 Richard Winneke, Director, Jellis Craig Hawthorn: There is no doubt there has been a shift! We are currently seeing many buyers moving from the inner north, including Kensington, Maribyrnong and Brunswick, as well as the outer east, including suburbs such as Templestowe, Doncaster & Donvale. It does not seem to be having a direct impact on price other than just adding more buyers to the pool.