9 Lansell Crescent Camberwell – Stephen Gough, Marshall White. Opened at $1.5m, on the market at $1.85m and then sells to a Chinese family for $2.35m. That is a particularly strong result, given only eight weeks ago a similar home in Marlborough Crescent sold for $1.93m!

The Melbourne property market doesn’t appear to be showing any signs of slowing down. With the number of new properties hitting the internet set to slow down as the market heads into the mid-year ‘hibernation’ around school holidays, bidder numbers have intensified, particularly for certain properties such as single level homes, larger family homes and new home sites.

Speaking to Jack Bongiorno in our travels over the weekend, he pointed out that Marshall White has had almost identical auction numbers (754/755) this year compared to last. The big difference between the two – increased buyer interest which has resulted in:

However, we attended 15 auctions over the weekend with only six selling under the hammer.   Of the nine that passed in, only 4 have sold.  This may be an indication that vendor expectations are starting to increase.

While prices overall are strong and bidding depth solid, there are still some good buying opportunities out there; The two markets which have been attracting great interest for many months are the downsizing market and those looking for good land to develop (featuring mainly Chinese buyers particuarly in Boroondara).

We are hearing of many younger buyers (looking for larger homes for their growing families) starting to lose confidence in this climbing market.

There are still good opportunities for younger families.  Understanding what to look for is the best way to start:

The second is to stick with the brief.   Often young families will ‘spread their wings ‘ to include many suburbs, rather than focusing on the one or two that suit best. This can lead to “not seeing the forest for the trees” stress levels increase, and good opportunities can be missed. The sun was shining and the crisp Autumn leaves were fluttering in the breeze as Jeremy Fox stepped out into Tivoli Rd in front of around 50 people. With the imposing Victorian as the impressive backdrop, Jeremy praised both the home and its location before asking for an opening bid. Initially looking for $4m, Jeremy then suggested $3.8m. Bidder 1 was quick to jump in at this level, as was Bidder 2 (a prominent agent on behalf of his client) who offered strong counter bids each time Bidder 1 raised the bar. At $4.35m, Jeremy headed inside to talk to his vendor. Upon his return, he told the crowd we were close to the reserve, but with no more bidding, the property was passed in for further negotiations. Bought after auction for an undisclosed amount. One of the last auctions of the day (3.30pm), and this was always going to be a big one. Where in inner Melbourne can you buy just under 1800m2 of regular-shaped land with a good period home? The answer: 76 wattle Rd Hawthorn. And sad is this is to say, this property had no Heritage Overlay, so it could be possibly be pulled down. Nicholas Franzmann is the listing agent and is well supported by his team – he continues his 2015 run of listing and selling good-sized properties in Boroondara. Auctioneer Antony Woodley has the perfect setting for this auction in the tranquil front yard, and about 80 onlookers are keen to see what transpires. Opening with a “cheeky” crowd bid of $2m, Antony was keen to counter that with a vendor bid of $3.8m and take bids from there. Several minutes passes by then bidder one comes to the fore with a $50,000 rise. At a slow pace, the auction rambles on and is announced on the market at $4.386m about 25 minutes later, with two other bidders patiently taking part. The auction is strung along with lengthy pauses and minimal $1K bids at times, and finally it sells for $4.75m, almost $400K over reserve with two chinese parties in the end fighting it out. I look down at my watch and the time is 4.20pm – what a marathon! Good result though for the vendors, they should be pleased with their agent’s efforts here today and throughout the campaign. Even before the auction began you could feel the depth of interest, with large numbers gathering inside the front garden around the driveway and spilling into the street. No sooner had auctioneer, Peter Kakos, completed his spiel an opening bid of $1.615m was heard. The low start was just that – a start. From here the bidding started, with 2, 3, 4 and 5 bidders increasing the bids, sometimes by $20k, sometimes by $50k or more. At many stages the buyers were so keen, amounts were being offered by multiple bidders at the same time. The property was announced on the market at $2.060m and bidders bid strongly to around $2.2m where things started to slow down. Here Bidder 6 entered the competition, walking away the new owner for $2.3m. Agent Opinion: Are people waiting until Spring to sell, or are vendors preferring to sell quietly now? 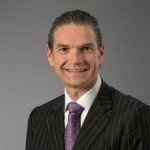 Stefan Whiting (Buxton, Brighton): “Vendors have traditionally waited until the popular Spring period to sell, however they have become more educated and realised that selling during Winter can give them an advantage as there is less selection available for buyers. During the cooler months there is limited supply but buyers continue to look, therefore we see a similar dollar value in Winter as we do in Spring.”