Hawthorn: 424 Auburn Road (Marshall White), passed in $5.025m but sold after for an undisclosed amount

The market sizzled this weekend, and the weather (fine and mainly clear) and auction numbers (relatively low compared to the next few weeks) definitely helped.

On Saturday crowds were really healthy and two late afternoon auctions in Boroondara were testament to this – 424 Auburn Road Hawthorn and 57 Broadway Camberwell – both conducted by James Tostevin (Marshall White).

The Broadway auction was one of the biggest we had seen numbers-wise – with well over 400 people in attendance. Thank goodness for the expanses of parkland across the road where the auction was conducted. The result? Solid. Sold under the hammer for $6.35m and on the market at $6.0m. Not everything sold this weekend. 47 Langridge St, Middle Park (Cayzer), passed in $4m. An Edwardian home on a big 617sqm corner block not far from the beach attracted a crowd of around 50 people but unfortunately no bidders at auction on Saturday.

The coming weeks look particularly healthy, and picking up the Weekly Review this morning reinforces this as there were 175 pages of advertised properties! How much further can this market go and is there an end in sight?  These are just some of the comments we are hearing out there.

With low interest rates, buyers still out numbering supply and a low Aussie dollar, those who are not prepared to pay a ‘street record’ for a home or a price they think is too much could be ‘searching’  for a little while longer yet.  The key is making sure it is the right property to avoid the need for an early re-sale, which could potentially be quite costly (both emotionally and financially).

This is a market that is gathering more and more momentum as people are living longer, healthier and retiring earlier. The large family home is too big now the children have left and hard to maintain properly.

We are finding the following points really important to this buyer groups.

On the buying side of things, it can be really hard as a downsizer in this market for the following reasons:

Auctions – it all sounds simple to just turn up at auction and bid to level and stop, but many people don’t do that or they haven’t anticipated what may happen and the best laid plans can turn pear-shaped quickly.

Value – what is the property really worth? Often in this market the vendor’s expectation do line up pretty close with the agent quote but that isn’t necessarily where the market is. It can be helpful to know, in advance, where other buyers see value on the property?

Access to off-market homes can be hard (many are sold at the end of rental periods and do not present overly well, but that can be easily fixed!).

Protection of Privacy – often a much higher property dollar-wise has been sold, therefore your financial position can be exposed.

Emotional support – this often is  a very stressful process, and spending time before the auction undertaking proper due diligence and formulating plans can be invaluable. A trusting relationship with an experienced and independent adviser through the whole process can make all the difference.

A late afternoon auction, and there was a serious buzz at this property. Although quietly listed some months back, when we attended the first open there were huge numbers through and this was always going to be big auction, crowd-wise. Parking in Stanhope Grove about a hundred metres away was a clever move, as Broadway was gridlocked with so many cars and people it must have been frustrating for those who tried to park in position that on any other day would have been easy. Auctioneer James Tostevin (Marshall White) decided to conduct the auction in the park across the road – this was a smart move as this was the perfect setting for such a large crowd (well over 400 people). As the sun streamed through the autumn leaves, James opened the auction on vendor bid of $5.2m and it did take a bit to get going. At $5.65m and with the help of some good bidding by a few bidders, the auction stopped and the bid was referred. James and team returned a few minutes later and when the auction recommenced the property was announced on the market at $6.0m. It sold not long after for $6.35m. A result that was solid, but not huge, one has to say with four bidders in all fighting it out. A quiet start, which saw auctioneer Andrew Macmillan table a vendor bid of $2,500,000 to prompt some genuine bidding. However the quiet start wasn’t indicative of the result, as three keen bidders took the price to $3,100,000 when the home was announced on the market. Some more bidding ensued before the hammer came down to a round of applause at $3,500,000. Quite a crowd gathered along Prentice Street to see Bill Stavrakis auction the pretty, renovated home at number 6. After a thorough preamble, to which Bill joked he had practiced all morning, he asked for an opening bid. All was quiet so he tabled a vendor bid of $1,450,000 to kickstart proceedings. And kickstart it he did! Bidder 1 came in at $1,500,000 and bidders 2 and 3 were quick to join the competition. At $1,600,000 Bill said “we are in the selling zone” before Bidder 4 jumped in and Bill headed inside to refer to his vendor. Back outside and the home was on the market at $1,655,000. Some more prompting from Bill, and some more bids from the crowd, and the home was bought for $1,670,000. 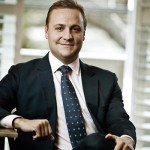 Agent Opinion: How is the market going for this time of year (i.e. Post Anzac Day) as opposed to the same time last year?

“Post Anzac Day, the market has continued to show terrific depth of buyers in most segments which is noticeably different from this time a year ago – in fact the dollar volume of property we’ve turned over at our firm is up by around 15% on the corresponding period last year. In particular the top end continues to show enormous strength and the number of substantial family homes we’re transacting both publicly and off-market in our markets of Stonnington, Boorondara and Bayside has been as busy as we’ve seen for some time (and perhaps ever!). Looking ahead we can see really good supply in May and into the first half of June and some great quality amongst those.”