The auction scene was more of the same this weekend, with strong bidding on many properties and more record prices. Off market properties have continued to increase in number this week.

Some new options to consider include:

Next weekend is the Queen’s Birthday holiday weekend.  The property market shuts down while focus is diverted to the opening of the ski season. Have a great long weekend and we will be back in a couple of weeks. A good crowd of around 80 gathered for the early morning auction of 16 Stawell Street. Auctioneer, Antony Woodley, gave his usual polished performance. A genuine bid opened the day for $2,700,000 with a second bidder joining in immediately. The first bidder was quick to stop with a third taking their place, steady increments quickly taking the price over $3m. It became clear after Bidder 4 asked if it was ‘on the market’ that this was an auction where bidders were competing for the first right to negotiate with the vendor. Bidder 4 eventually achieving that right at $3.3m. The final result $3.35m. Around 65 people gathered in the front yard and on the footpath outside the property, keen to see what would transpire at auction on Saturday. Peter Kakos was our master of ceremonies and after a thorough preamble, called for an opening bid. Bidder 1 offered $1.75m and we were away. Two bidders took the price to $1.9m at which point Kate Strickland dashed inside to seek instructions from her vendor. Once outside again, Kate gave Peter a smile and a nod and Peter declared that at $1.95m, yes we were selling. By now, Bidder 3 had entered the fray and shortly after Bidder 4 threw his hat into the ring. Bidder 5 chimed in for a while, but it was Bidder 4 who stayed strong throughout, outbidding all the others to become the happy new owner at $2.210m. A great auction. This beautifully presented home attracted a lot of interest when it went to auction on Saturday. Around 100 people traipsed through the home prior to proceedings to get a glimpse of the house that had featured in a national home magazine, styled by its interior designer owner. Peter Kennett debated whether to hold the auction in the street or the picture perfect backyard, but decided on the latter, which was a great choice as the huge crowd  fit comfortably in the impeccably manicured gardens. “It’s autumn time, it’s auction time and it’s action time,” Peter boomed, and after an extremely entertaining spiel, he called for ann opening bid. A strong offer of $1.4m came from the rear of the crowd. Bidder 2 was quick to reply at $1.425m and a short battle between the two ensued before bidders three and four entered the competition. Jenny Dwyer headed inside to seek instructions from her vendor and once back out, at $1.65m, Peter declared he was selling. Bidder 5 entered the competition and after a great battle, at $1.765m Bidder 1 declared Bidder 5 “can have it,” thus ending a great competition and very entertaining auction.

Agent Opinion: Advice for buyers at auctions over winter 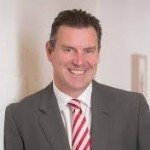 John Clarkson (Hocking Stuart): “Buyers, do your homework, attend auctions to watch a variety of styles and don’t be afraid to ask auctioneer if it is on the market!”