The market is continuing to roll along at a steady pace.   As the end of year closes in the competition to buy is still strong, particularly for properties close to good private schools or those within renowned public school zones. 5 Prince Street, Hampton (Jenny Dwyer, Hocking Stuart), a ‘volume’ build family home sold for $2,100,000.

There are still some good options for buyers auctioning in December and many of which should attract spirited bidding come auction day.

In areas of good supply (perhaps even over supply), the market seems to be slowing a little. Maybe some vendors are even getting a little ahead of the market. Balwyn North for example, according to REIV records, saw 11 properties up for auction on the weekend with only 5 of these sold – a clearance rate of only 45%.

On a different note, in Hawthorn East there were four properties auctioned on the weekend and all were purchased within the last two years. Although they didn’t all sell, they all had bidding above their earlier sale prices. This pretty Federation style home is situated on a leafy street described aptly by auctioneer Damien Davis as a “Plane Tree Tunnel.” Around 70 people crowded around to see what would transpire and Damien called for an opening bid. All remained quiet, so Damien suggested an opening of $2.8m to kick-start proceedings. Still quiet, so he tabled a vendor bid at this amount. Silence ensued so Damien headed inside to refer to his vendor. Back outside and he was rewarded with bids from 3 interested parties who each entered the competition with a succession of $25k increments. The price eventually reached $3.125m, and Damien passed the property in for further negotiations. The home remained for sale at the time of publishing. Beautifully presented Californian bungalow in one of Hampton’s most prized streets – Steve Tickle was our auctioneer, assisted by Jenny Dwyer and Will O’Brien. An opening bid of $2.2m came from a gentleman in the crowd, however everyone else remained silent so Steve headed inside to refer to his vendor. Back outside and Bidder 2 entered the competition with a $25k rise. A second half-time break at $2.44m and with no further bidding on the day, the property was subsequently passed in. The home was sold after auction for $2.53m.

Agent Opinion: With only 3 weeks for campaigns to start (auction date 19th December), will there be a late rush? 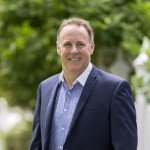 James Tostevin (Marshall White): “I’m not anticipating a late rush of auctions on December 19th, at this stage. The market remains strong however, many vendors are basing their price expectations on results from 2 to 3 months ago, which is not in line with current market conditions.”