While there has been intensified talk in the media for the last week about the property market crashing, we didn’t see any evidence of that on Saturday, particularly for the well-positioned, good properties.

Some agents are claiming a reduction in numbers at opens, but with the great weather upon us and many properties to look at (often opening at the same time as competing properties), this may be one explanation for the perceived drop.

With another big weekend of auctions and quality properties next weekend, a similar result could see us continue with this market through to Christmas.

With multiple bidders and results often well above the quote price, should buyers just pay more? Click Here to read our thoughts. A pleasant morning greeted 80-100 people for this auction, in a popular West Hawthorn location. Auctioneer and listing agent Walter Dodich gave a no-nonsense preamble and got straight into proceedings without too much fuss. The home at 20 Elgin Street was located on the corner, and thus the crowd was well spread out, but Walter and supporting agents Geoff Hall and Andrew Jose did not miss any of the bidders. Opening at $1.4m, three bidders took part in the action seeing the property come on the market at $1.65m and sell strongly not long after for $1.86m.  Key pluses to this property; single level, car garaging, free-standing brick home and this well appeals to downsizers, couples, singles and small families. Justin Long showed the patience of a saint at this Toorak auction, which lasted a good 45 minutes and featured well considered & last minute bidding – as well as big and small increments from each of the three bidders – throughout proceedings. An opening bid of $1.8m came from the crowd and two additional bidders were quick to join the action. Inside at $2.5m and Justin returned to advise that the reserve had been met. Bidder 2 eventually pulled out of the race, while bidders 1 and 3 battled it out for at least another 30 minutes – Bidder 1 strategically slowing down the bidding and then offering $1k rises, while Bidder 3 fluctuated between big and small bids in an attempt to throw off his opponent. With each small increment, after Justin called it down three times (each time!), the crowd sighed – it seemed the auction would never end! Justin was professional throughout and managed to extract every last bid from both parties, right up until the hammer came down at $2.792 to Bidder 1. The crowd applauded – most seemed amazed at how long the auction actually was! The sun was blazing by early afternoon – just in time for the auction of this Sandringham property in a popular family locale. Mark Earle stood in front of a crowd of around 65 people and extolled the virtue of this large family home on a prominent corner block. Opening on a vendor bid of $1.55m, Mark looked for $20k rises. Unable to secure one, he offered a second vendor bid of $1.6m and subsequently passed the property in with no genuine bids on the day. The home was sold after auction $1.73m.

Agent Opinion: “We have seen a big trend in down-sizers. Port Phillip has always been a good down-sizer area – have you seen any changes in the demographics in this area of late?” 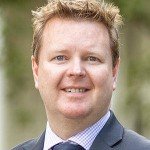 Damian O’Sullivan (Marshall White, Albert Park): “Our market place has always been a big draw card for the ‘down-sizers’ who cherish the low maintenance lifestyle and village atmosphere that typifies Albert Park, Middle Park and surrounds. The down-sizers have been particularly active of late as they look to acquire a home for the new year and beyond as the finish to the school year looms and their ‘empty nester’ status becomes a reality. We find that the down-sizers are often simply returning to the neighbourhood they once enjoyed before having to move to other areas such as Stonnington and Booroondarra which offer more family sized accommodation and an abundance of choice in terms of schooling.”