Buyers are starting to demonstrate discernment for properties such as those with privacy or noise issues and those where a lot more (yet to be quantified) money may be required to improve the property.

For some auctions on the weekend, two buyers were at higher levels than the rest of the crowd, providing good outcomes for vendors. With one of each of those buyers having now purchased, this may have an impact on future results for some properties.

Whilst the number of bidders can be used as a guide to help qualify buyer depth, where the bidding starts can also impact the numbers. Sometimes a higher starting point can eliminate interested parties. Therefore, a full understanding of the market can be helpful. Two bidders, does not necessarily mean only two people wanted the property, it means that only two people were interested at the declared levels.

A reduction in the number of buyers with capacity to spend a little more, may not necessarily mean that overall buyer depth has dropped. For vendors who are willing to meet the market, the market may still be there. Time will tell.

From our observations there is still strong competition for the following: We are still seeing a number of properties selling before auction. This can still be a good strategy to buy your new home, however, it will help to have a good understanding of values. Where you may believe you are offering an enticing price to avoid competition on auction day, you may also now be the only buyer and good agents recommending vendors accept offers in these instances rather than allow the buyer to see they may be the only buyer on auction day.

With Cup weekend looming the market will take its last mini break with a final run to Christmas.

We have seen a lot of homes purchased over the last fortnight, and many of the successful purchasers will now have homes to sell, replenishing the recently depleted stock numbers.

This should hopefully provide a good number of properties for buyers to consider right up until Christmas as most of these buyer/sellers will be wanting to sell before the long summer break to minimise any exposure to changes in the market place. Close to 100 people gathered to see what would transpire at 50 Glendearg Grove – a pretty renovated period home on approximately 750sqm near shops, cafes and station. Andrew Hayne was our auctioneer and after a thorough preamble, called for an opening bid. Bidder 1 offered $2.4m and Andrew promptly tabled a vendor bid of $2.6m. Bidder 1 accepted the challenge and bidders 2 and 3 soon entered the competition. Bidding continued until the price hit $2.95m when Andrew passed the property in for further negotiations. Sold after auction for an undisclosed amount. Not quite as big a crowd as the previous auction in Glendearg Grove, but still impressive as around 70 people lined the street to watch proceedings. Jack Bongiorno took centre stage and tabled a vendor bid of $2m straight out of the gates to kickstart the bidding. Bidder 1 came in at $2.05m, Bidder 2 at $2.075m and at $2.47m Jack went inside to speak with his vendor. Back outside and the reserve has been me – bidding continued, with Jack professionally extracting every last bid out of both bidders. The hammer finally coming down at $2.555m to a round of applause.

Agent Opinion: There was an expectation that there was always going to be a late run this year, with a surge close to Christmas. Is that the case, or do you think that stock levels are lower than expected? 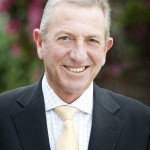 Tim Derham (Abercromby’s): “There has been an increase in listing activity  in the marketplace in the lead up to Christmas. Stock levels remain high for November which is consistent with our expectations but will taper off come early December. There are a significant number of highly qualified buyers keen to buy this side of Christmas.”