There was a buzz in the air today – and with so many auctions scheduled, the market overall performed well for sellers.

A standout auction we attended was 38 Kooyongkoot Road, Hawthorn (John Manton / Justin Krongold Marshall White), selling almost a million dollars over reserve. With $100K jump bids late in the piece it was quite amazing to watch really, and a similar huge result just around the corner at 3 Kembla Road a few days prior, no doubt the stage was set.

For the good properties and the sensible vendors, auctions of 6 bidders are the norm now rather than 3 bidders.

But not everything is making it to auction. A few sold before auction this week – namely 7a Maling Rd, Canterbury (Stuart Evans Marshall White) and 101 Argyle Rd, Kew (Robert Ding Marshall White) this week. Buyers certainly need to be on their toes, available and ready to buy.

Average properties (those on main roads, with tricky floor plans or having privacy issues) are still struggling though, and buyers in the main are wary. That said, applying a blanket approach to square metre rates on properties doesn’t really work. Understanding the precinct, the selling  history of the property and surrounding homes and ultimately whether it is a good or bad home are important factors to a good buying decision. Planning and preparation are the keys. Two Up and Two Down

The ‘two up and two down’ topic comes up quite regularly when we discuss homes with clients, but we rarely buy these homes. Why not?

A ‘two up and two down’ home is one with two bedrooms upstairs and two bedrooms downstairs. There are often bathrooms serving each floor, and conventional floor plans of varying styles.

Aside from the conventional four-person family (not as common today as it once was), the majority of families or buyer groups are not that well suited to these homes, as parents generally want good separation from the children’s bedrooms as the family grows. Having two children upstairs and one downstairs doesn’t tend to work and is not desired by many buyers.

Compare this with a floor plan that offers one bedroom downstairs and three bedrooms upstairs. This works for four, five or even six person families, as the parents can live downstairs while the kids can dwell somewhat independently upstairs. It can also work OK when the kids leave home, as the ground floor alone is used and there is less need to clean upstairs or ‘rattle’ around in a larger home.

Beware of ‘the two up and two down’ home. While it may suit you now for a particular stage in your life, it may not in the future and it could limit the potential sellers to a small group, which can affect capital growth.

About 90 in attendance for the auction of this smartly designed (albeit a bit dated) family home in Kooyongkoot Rd Hawthorn.

The action has been really hot in this part of the world lately, I along with many others are keen to see what transpires here.

John Manton (Marshall White) is the auctioneer and he looks for a bid in the mid-to-high $3m’s. He gets it not long after and the auction gets going in moderate amounts with two bidders.

Amazing – this result could be a real game changer for the Scotch Hill area and no doubt this auction will be the talk of the town today. Great result for John and co-listing agent Justin Krongold. Quite a good sized crowd lined the street as Jack Bongiorno took centre stage. Not wasting any time, Jack tabled a vendor bid of $2m to kick-start proceedings.

Bidder 1 jumped in at $2.025m and Bidder 2 came in soon after. At $2.15m, Jack headed inside to chat with his vendor, and to give the crowd some thinking time. Back outside, Jack advised that we were not yet at the reserve.

Bidder 3 entered the contest at $2.19m and Jack headed inside once more at $2.250m, when the ‘on the market’ question was asked.

Back outside and yes, the home was now selling.

An additional bidder joined in towards the end, albeit only briefly, and the hammer fell at $2.560m to a round of applause from the 70 or so spectators. Kyarra Street has seen two homes sold in as many weeks.  Located centrally between Sandringham Village and Hampton Street, it is walking distance to the beach, shops, stations, restaurants and schools.

You may recall 6 Kyarra Street, (Hodges) a period home with good options to extend, providing options for the home to grow with the family (one of Adam’s options: https://www.woledgehatt.com.au/architectural-concepts-6-kyarra-st-hampton/

Agent Opinion: How does the current market compare to others, in your experience? 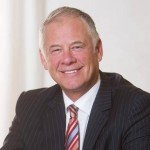 The current market has a definite 2009 feel about it. Buyers in their droves, not enough properties to satisfy their appetite and bidders walking away frustrated from auctions as properties go well beyond the expected price ranges.

With interest rates at an all time low, real estate consumer confidence as good as its been for some time, and a sense that prices could increase rapidly in the months ahead, there’s no doubt we are in for a hectic first half of 2015!

The hot topic of conversation at the moment is the increasing presence of Asian investors entering the market. Whatever your view, there’s no doubt they are definitely making their presence felt right across Bayside, conspicuous with their spirited bidding at auctions, and in the way they attend open inspections in large family groups. For agents they are a breath of fresh air, their enthusiasm for real estate evident for all to see, their competitive nature and keenness to negotiate a test of one’s patience and skill.

They have certainly added a new dimension to the market place, and made life for real estate agents just that bit more interesting. As if we didn’t already have enough to make life interesting on Saturdays!