This Elwood auction opened and was on the market for $2.95m, and sold for $3.21m. Inan/Manning, Hocking Stuart

With just under a month before the winter school holidays begin, the Melbourne property market is chugging along steadily.  The REIV reported a clearance rate of 78% and, while we attended quite a few auctions that passed in, most were sold shortly afterwards.

We have noticed numbers are down at some open for inspections. Some buyers are choosing not to inspect homes if the quote is above their preferred buy price.  Before the recent changes to quoting laws, they may have been attracted by the quote, fallen in love with the home during the inspection and then made the decision to increase their limit to try and buy it.  Now, some aren’t making it to the property for the rest of this scenario to occur.

Although the new quoting rules have been implemented, there are a number of the homes listed (the day the vendor signed the authority to sell) prior to the 1st May being quoted the ‘old’ way.

There are also the properties quoted using the new system drawing on ‘comparables’ that aren’t really comparable.  For homes being sold in larger suburbs (such as Camberwell, Brighton, Hampton, Malvern East etc), it is important for buyers to understand the nuances of the difference precincts: their past history, current desire and potential future changes, to determine whether the example is a suitable comparable or not.

For buyers finding pricing confusing, it is even more so at the moment.

That being said, if the home is a good one, the buyers will come. We attended the official first open at 9 Alleyne Avenue Armadale on Saturday and it felt more like a party than an inspection.

The volume for transactions at the higher end is continuing. Some of the larger results over the past week include: There was a strong crowd and spirited bidding from five parties during this auction.

This home is an unpolished gem in a prime location. Interested parties could envisage what a thorough renovation of this north side of a pair home could deliver and the value of the proximity to parks, public transport, restaurants and the city. Opening with a vendor bid of $1.85m, Tim Brown from Castran Gilbert received numerous offers that quickly placed the property on the market at $1.95m. With one party trying to slow momentum with smaller and smaller bids, another bidder tried to intimidate the opposition with large offers. With five parties vying for ownership, the first momentum-slowing-bidder was eventually successful in buying the property for a solid $2.21m. Julian Augustini from Hodges Bayside was made to work hard to entice a bid from the audience at this auction.

This spacious family home with a north rear is well positioned to the Bay Street shopping precinct, a range of schools and the beach. While its proximity to the development growth zone and Hampton Street traffic noise may have held bidders at bay, the property offered a good step into the Brighton market. Seeking opening bids of $2.2m, Julian Augustini from Hodges placed a vendor bid at this level to open proceedings. As we are seeing more frequently recently for properties without a strong wow factor, there was only one bidder present, placing a bid of $2.22m, which the property eventually passed in at. Post-auction negotiations secured the sale for $2.25m.

Agent Opinion: As one of the newer agencies in Bayside achieving strong results, including your sale at 31 Third Street, Black Rock on the weekend (over 900sqm with large, but dated, family home) selling for $2.52m, where are you seeing the strength in the market? 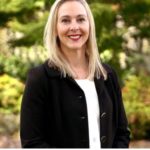 Kylie Charlton, Director, Charlton King (Sandringham): We are seeing two separate markets at the moment – the downsizers and the younger families.

Speaking specifically for south Bayside, the downsizers can be broken into two groups – those under 65 who are still prepared to do some renovations, and those over 65 who want to move in to a home that is all done with no extra work.

Most downsizers are wanting to stay within 2 kilometres of their family homes and are not prepared to sell until they have bought.

This is having a flow-on effect on stock levels for families trying to buy into the area, many of whom have been renting in the area and are now ready to buy, or want to upscale.