The strong results continued again this week, with bidder numbers in force at most auctions, and, in the main, well exceeding vendor expectations.

The two markets we see as particularly strong are:

1. those looking for land to knock-down and re-build; and
2. downsizers looking for single-level, updated homes close to local shops.

Some other big land results – both with the same land size (613sqm) in two of Melbourne’s best postcodes. Some Bayside sales of note:

Not all properties are making it to auction day – some sold beforehand (mid-week) for very solid prices.

Many people we talk to can’t believe that in this market the vendor would sell before auction. Selling before doesn’t mean that the results are not strong or that the buyer does not have to fight it out with other bidders. Such scenarios can present as boardroom auctions, best offers in, one offer only, or last man standing, to name a few. In this market (as in any), your best chance to be the buyer is in the preparation, research and planning.

Brick vs timber wall construction is a common discussion point with buyers………At the end of the day, it is very much a personal choice.

We don’t think it affects capital growth as such, but definitely some buyers will not look at timber homes (particularly people from Europe), as they consider it inferior and very different from what they used to traditionally.

In nutshell, the pros and cons of the two systems are:

Beautifully presented, this original clinker brick two-storey home couldn’t have looked much better for its auction. What a beautiful home this is…….and the features inside are divine if you are lover of the art deco style. Hope others see its beauty too. Yes, it is bit dated for 2015 living but nothing a good architect couldn’t address. A really good crowd of well over 100 people lined the kerb across the road as auctioneer Steve Abbott gave a concise preamble, with listing agent Belinda Anderson on the ready by his side to record the bids. Quoted originally as “over $2m”, this was always going to attract good buyer interest, especially given the huge result a stone’s throw away at 66 Campbell Road of $3.050m only a few weeks ago. Steve looked for an opening bid and a cheeky one of $1.8m was called out. Steve patiently took the bid, yet this was trumped by bidder 2 with a $2.3m call, which is much more in line with the market sentiment. Bidder 3 then joined in and bidding clipped along. At around the $2.5 million mark, the property was announced on the market and, at $2.675 million, it looked to be sold to bidder 2 until a new bidder came in at $2.7 million. Bidder 3 countered this bid at $2.71 million but bidder 4 (a Chinese family with a sharp eye for good land) offered a counter which the agent believed was $2.75 million. Alas, this is not what the bidder meant – they meant $5,000 not $50,000 – so the bidding is taken back to $2.715 million, which, at the end of the day, is enough to buy the property. No heritage overlay to this home seems not quite right, but that was what ultimately got the strong result here -$3100m2 used to be Sackville Ward prices – this part of Kew is really popular at the moment. With grey clouds threatening, the auction of 15 Bridge St was held in the front yard with around 70 people huddled under the carport or around the perimeter of the garden. Auctioneer Peter Kakos spent a fair amount of time describing the upside for this property, one of only a few visible larger family homes currently for sale in Hampton. After calling for an opening bid, one was received almost immediately at $2.1 million. Peter very quickly increased the price with a vendor bid of $2.5 million and the real auction began. Three parties pushed the price to $3.1 million, where the property was announced on the market. However, to the relief of the successful bidder, there was no further bidding and the property was bought for $3.1 million. The pretty period facade of this Ormond home gives little indication to the modern transformation within. Set on 920sqm of land, it was always going to be interesting to see what happened at auction on Saturday. Auctioneer Mark Staples stepped out into the street, in front of around 80 people, and didn’t hesitate before jumping into the preliminaries. Calling for an opening bid, he was offered $1.8 million and we were away. A vendor bid at $1.88 million saw Bidder 1 come back at $1.89 million before Bidder 2 entered the fray at $1.9 million. Bidder 3 offered $1.92 million, before the home was eventually passed in at $1.935 million for further negotiations. Agent Opinion: What is your advice for young families buying into the current market? 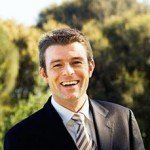 Julian Augustini (Hodges): ‘Buy in the best location that you can for your budget. You can always improve a home over time, but location is key for lifestyle and future capital growth.’