At the risk of sounding like we are repeating ourselves, this weekend was another strong auction weekend in the $1m+ Melbourne property market. This trend should continue for good properties, attracting multiple bidders and strong prices before things quieten down for the June/July school holidays and the usual winter hiatus.

The frustration for many buyers is continuing and this is now coupled with the downturn in stock.

For vendors wanting to sell their homes, around half prefer to sell first, ensuring they know exactly how much money they can spend on their next purchase.  The other half prefer to buy first so they have something they can move straight into, avoiding the concerns of renting or multiple moves.

Whilst the market is strong, which should encourage vendors to sell, the lack of stock and continued increasing prices (which is starting to feel like a weekly phenomenon) does not provide the encouragement that their next home will be found easily and a period of time ‘out of the market’ may mean they can no longer afford what they thought they could.

39 Lambeth Avenue, Armadale (Justin Long/Mark Harris, Marshall White). A really well renovated home by renown architect Steve Domoney. Aside from the internal design and detailing which were very impressive, the dual car crossover and easy walk to High Street made this a winner on many fronts and received much interest from the ever emerging downsizer market.   $4.66m and quarter of a million above the reserve price of $4.4m.

15 Rowell Avenue, Camberwell (Glen Coutinho/Nikki McCarthy, RT Edgar). A large land (just over 900sqm) in what is regarded by many as one of Camberwell’s best streets.  Although the façade was a little understated, the layout was ideal for entertaining and the orientation captured the northern light. Sold under the hammer for $5.4m.

9 Margarita Street, Hampton (Nick Johnstone/Chris Carrington, Nick Johnstone Real Estate).  An original timber home which had been renovated several times over it’s lifespan, and due for work again or perhaps knocking down to rebuild. The site itself was the key attraction; 777sqm, westerly rear,  Hampton’s desired ‘Brighton Beach’ precinct.   After an opening of $2.2m it sold for $2.45m with sizeable increments continuing after the reserve was met at around the $2.35m mark.  Compare this result to the recent sale of 33 Margarita which was had a lesser house (admittedly) yet same rear orientation and very similar land size which was bought for $1.875m less than two months ago.

19 Freeman Street, Balwyn (Daniel Bradd/Walter Dodich, Marshall White). 714sqm in the Balwyn High School Zone. Offering good width at 16.75m and a north rear, it provided the formula for a strong auction, selling for just over $2.4m (or $3400/sqm).

Some of the better off-markets this week include: We were asked during the week how important the kitchen is within the home. Our response was simple: it is very important, perhaps the most important room, as it is the social ‘hub’ of the home. No longer regarded as ‘just a place to cook and prepare meals’. More than ever it is a conversation place for friends and family where quality time is spent. Can you overcapitalise?   In the areas we buy for clients, we think it is hard to, but of course you need to be clever how you go about the design and material selection.

Selling for just over $2.4m back in 2011, this was always going to be an interesting auction.
Auctioneer Scott Patterson didn’t need to wait too long for a crowd bid – it came at $2.8m and pretty quickly the auction gathered pace. Bidder 1 didn’t look too strong and petered in the $3ms with bidders 2 and 3 fighting it out. Property was announced in the market at $3.3m and then sold strongly at $3.55m.  Great result for listing agent Dave Oster, vendor should be very pleased! The auction of the Californian bungalow on good sized land in coveted Margarita St, drew quite a good sized crowd when it went to auction on Saturday. Nick Johnstone gave a thorough preamble highlighting both the home and the location’s many assets before calling for an opening bid. Bidder 1 gave a strong $2.2m followed by $2.225m from Bidder 2 – both buyer advocates. Nick said there would be no half-time break and at $2.35m he announced that ‘by the way we are selling!’ Interestingly, there were a couple more sizeable bids after the home was announced on the market, before the hammer came down to Bidder 1 at $2.45m. Coffee machine, big crowd, big five bedroom family home in the McKinnon Secondary College zone – all signs pointed to a good auction at 28 Vickery St on Saturday. And we weren’t disappointed. Auctioneer Craig Williamson stepped out into the street and gave a thorough preamble before calling for an opening bid. Bidder 1, just to his left, gave a strong $1.74m and we were away. Bidder 2 was up for the challenge and entered the bidding at $1.76m. A couple more bids between the two ensued before we were hit with a ‘killer’ bid from Bidder 2 at $1.9m. Bidder 1 backed down but it was here that Bidder 3 entered the competition. At $1.96m Craig announced he would be selling. The price crept up slowly and methodically in a two-way battle before the hammer came down at $2m to a round of applause from the appreciative crowd. Agent Opinion: Are blocks of land that are selling with plans and permits getting a premium price? 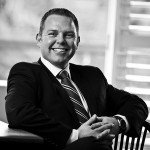 Daniel Bradd (Kay & Burton): “Regardless of the state of the market, properties offered with plans and permits do attract premium prices as they negate the time delays and holding costs associated with the planning process provided that what is approved is actually feasible from both a resale and construction cost prospective. In the current market however, those properties offering redevelopment potential, particularly in council’s new ‘Growth Zones’ or areas unencumbered by heritage controls, whether for single home or multiple dwellings, are attracting premium prices without permits as opportune buyers attempt to capitalise on the increased demand for new properties across all price points.”