It was another strong weekend with the REIV reporting a 76% clearance rate from the 747 reported results, demonstrating the market is still buoyant.

We are seeing strong results in fringe suburbs. Many suburbs that rarely saw seven figure results only 1-2 years ago are now reporting $1m plus sales consistently.

For details on the auctions we covered Saturday, see our twitter feed HERE: Some of the new un-marketed properties (ones you won’t find on the web or email alerts) this week: A good crowd of 80 here for this auction, in nearby Alleyne Aveue, Armadale. The house itself we felt was a beauty…..freestanding and of a late Victorian/early Edwardian era, with solid bones and well presvered original features (as you would suspect givcen the owner had lived here since 1950). With No.5 (across the road) selling for $2.9m before auction a number of weeks ago (that was north facing with a garage), value was underpinned and this home always going to have a good supply of healthy admirers. Auctioneer Warwick Anderson gave an insightful brief spiel and kicked the auction off with not too much fuss, which was great. With listing agent Michael Ebeling by side, Warwick conducted proceedings nicely with four bidders in all taking part in it. The property opened at $2.0m, was announced on the market at $2.35m and sold under the hammer for $2.47m. Well done to the lucky buyer, they have bought well here. More than 100 people gathered in front of this architect-designed home in Bentleigh. Nick Renna took centre stage and delivered a thorough preamble before asking for an opening bid. Bidder 1 offered $1.9m, which Nick accepted but quickly tabled a vendor bid of $2m over the top. Bidder 2 was quick to enter with a $25k rise, bidders 3 and 4 joined the contest not long after. In the end, it came down to a two-way battle and $2.51, Nick ducked inside to refer to his vendor. Back outside and we hadn’t yet met the reserve. Bidding continued until the price reached $2.63m, at which Nick passed the property in for further negotiation, selling the home soon afterwards for $2.7m With lush green outlooks over the reserve opposite, this home on a generous 975sqm attracted a good sized gathering of around 75 people, with many developers dotted throughout the crowd. Christian Hegarty was our auctioneer and after a succinct preamble, called for an opening bid. All remained quiet, so Christian tabled a vendor bid of $1.4m to kickstart proceedings. Bidder 1 joined in soon after, with bidders 2 & 3 almost coming in at exactly the same time as eachother. At $1.55m, the home was announced on the market and with three in it, the price continued to rise. At $1.64m, Bidder 4 joined the competition. Gentle increments ensued until the sale price of $1.804m was reached.

Agent Opinion: “Have the public, school and Easter holidays throughout the first half of 2016 interfered with flow and momentum in the property market? How have the first 6 months of 2016 compared to the same time last year?m Do you expect to have a more settled second half year, or more of the same?” 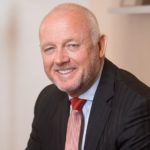 Peter Kennett (Hocking Stuart): “This year has been very interrupted from the get go. March long weekend, Grand Prix and Easter all fell within March. This of course was soon followed by school holidays. This was then followed by the Anzac Day long weekend, so yes it has been one of the most interrupted starts to a year that I have seen in 30 years of selling homes in the bayside. Obviously this is very hard for both agents and vendors to plan a program for. This has culminated in a real shortage of stock, which coupled with the lowering of interest rates, has kept prices on the rise at Auctions. Then of course there was constant speculation of an election and now we are in the middle of one of the longest campaigns ever. There is no doubt that the market in general peaked late last year, except for well-located A grade properties. There are so many different parts to the real-estate market and all have a different pace at the moment – A-Grade prime position properties are still breaking records and will continue to do so, given the current high employment, cheapest interest rates and still some Chinese buyer influence, B-Grade properties are still doing ok, B-minus are only price driven now. Apartments are a totally different game. Small blocks of older style in prime spots are gold, signature larger developments in prime spots are ok and big developments in C to B-grade locations are falling in price rapidly and will continue to do so. Our Brighton office is well up on turnover on last year, due mainly to the buy-in of Nick Renna and Mark Staples and their four other shareholders. I genuinely believe that after the school holidays and the election, we will see a normal market throughout the remaining six months.”