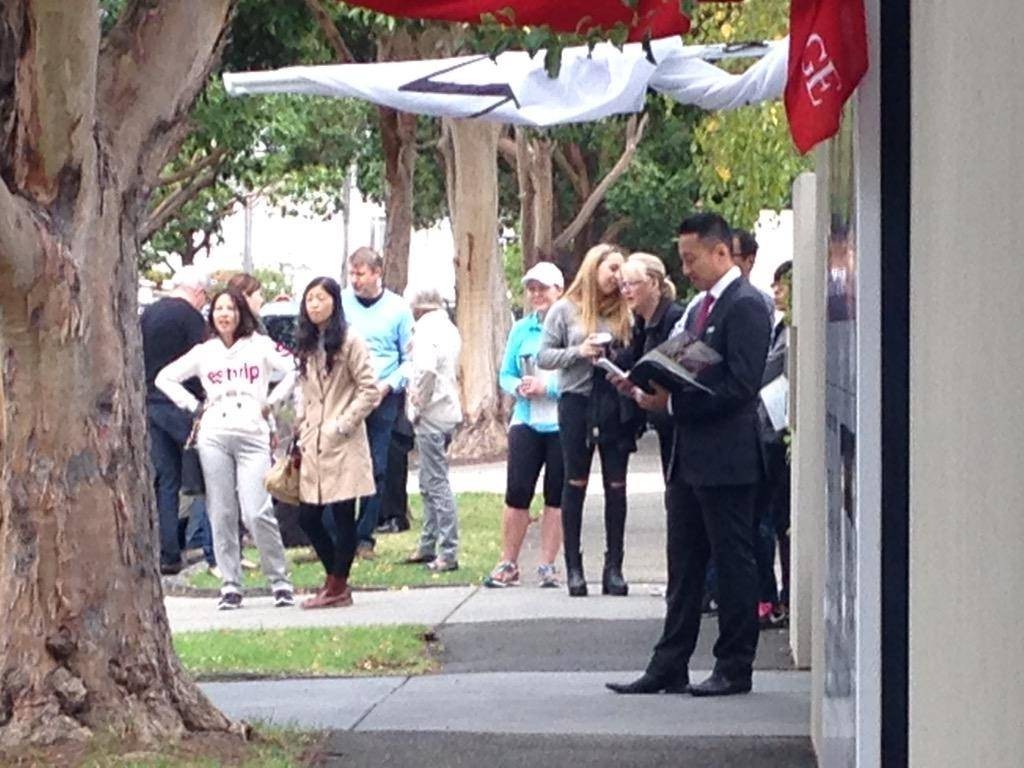 The market for the first quarter is closing as it started – strongly with more buyers than sellers for most properties.

Saturday was the last weekend before much of the Melbourne property market shuts down for Easter, school holidays and Anzac weekend.

There are a few auctions scattered spasmodically throughout April, however, most agents have advised vendors with family homes to wait until May to auction their homes.

This will be the last time we see auction numbers like this for at least a month, with April being interrupted by Easter celebrations, school holidays and the 100th anniversary of Anzac Day.

The break will provide an opportunity for many buyers to reflect on their choices and make adjustments where necessary.

We have successfully helped buyers purchase what they want, where they want, within their budget by creating strategies for both advertised and ‘quiet’ properties. 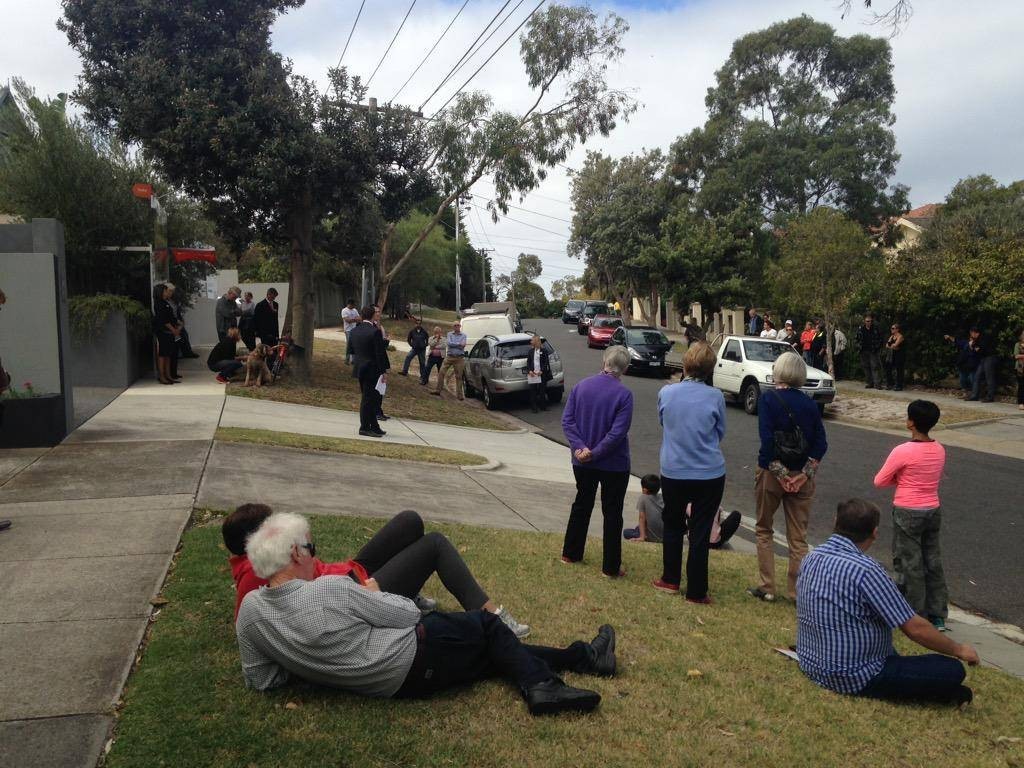 Vendors may also use this time to adjust.  John Bongiorno, Marshall White, says he has already seen vendors getting excited by past results and increasing their reserve prices.

Where properties this quarter have sold well, it has often been multiple buyers bidding ‘to buy’ the property.  Meaning the vendor was happy to sell and the highest bidder was definitely going to be successful.

A change may see more pass-ins and some adjustments to buyer confidence.  Trusting the information both buyers and sellers receive, that is specific to their focus property, will help parties achieve the outcomes they want. On a different note, Chinese national interest remains strong for the right properties, spurred on by a weaker Australian dollar. This quarter saw an influx of mainland Chinese buyers moving to Bayside.

Speaking with directors Nick Johnstone (Nick Johnstone Real Estate) and Stefan Whiting (Buxton) they confirmed that approximately 50% of the homes sold in Brighton this month were bought buy Chinese buyers.   Kate Strickland (Marshall White) confirmed that 30% of purchases in March were by Chinese. With the market sizzling in recent weeks in Kew, this auction of this property was always going to be an interesting one. Chinese Nationals have been huge players at auctions, and traditionally they prefer properties which do not have Heritage Overlays, are not near cemeteries and are of a modern style – all the things that this property is not.

What this is though is a substantial landmark c.1850 original family home which had modernised on generous land over 1400m2 in one of Kew’s quieter streets.

At 3pm the setting was almost picture perfect with clear skies, mild weather and breathe of wind as auctioneer Peter Batrouney gave a spirited preamble (and interesting history lesson, always good to hear) in front of a 100-strong crowd (with few Chinese) in the scenic front garden.  A few metres away listing agents Geordie Dixon and Tom Ryan were on the look out for bidders.

Peter looked for an opening bid, but with none forthcoming, opened with a vendor vid of $4,900,000. This did little to encourage the crowd, and after a few minutes the half-time break was taken. The Jellis Craig team returned to happily announce they had revised instructions on the vendor’s reserve and the auction recommenced. Another vendor bid was announced at $5,000,000 and still no interest from the crowd so the property passed in at this figure, with a reserve later published at $5,650,000.

Overall quite a good property this one and in the hands of a very good agent so it should sell soon. 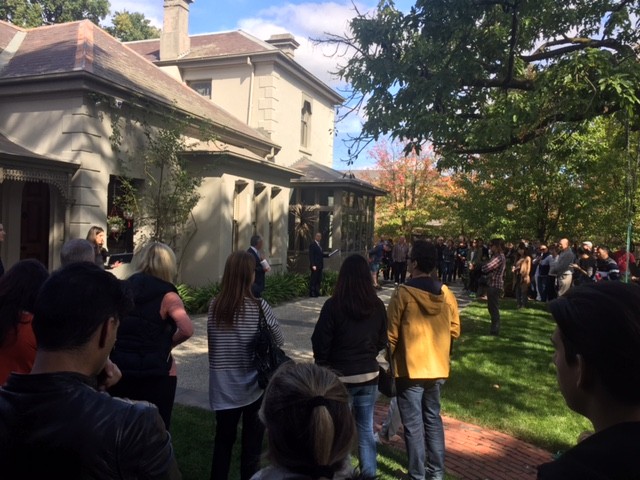 The 50 or so onlookers were ushered through the home and onto the large deck overlooking the sparkling pool – the scene was almost set for a party!

Auctioneer Steve Tickell stepped out too, and after a thorough preamble, highlighting the home’s many attributes (and deciding that the house was in Beaumaris, not Black Rock as some assumed), asked for an opening bid.

All remained silent so Steve tabled a vendor bid of $2m to kick-start proceedings.

A genuine offer came from Bidder 1 of $2.025m before the property was passed in for further negotiations.

The home was bought shortly after for an undisclosed amount. Agent Opinion: What are stock levels like in Port Phillip at the moment, and whether the school holidays have as much impact on campaigns/sales as other areas? 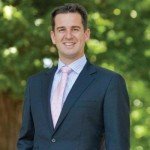 Kaine Lanyon (Marshall White): “Stock levels have been satisfactory over the last 3-5 weeks but it certainly now appears the numbers are drying up. Whether this is due to the Easter break, I can’t be 100% sure.Generally speaking I have never felt that in Port Phillip that school holidays has as much impact from s slowing down point of view compared with say Bayside &/or Stonnington & Boroonodara. Let’s hope for all concerned that the new wave of listings comes soon as the results should be speaking for themselves.”

There is still time to enter our footy tipping competition. Go to www.footytips.com.au and sign in to WoledgeHatt Footy Tipping for your chance to win $500.

We’d like to take this opportunity to wish everyone a happy Easter and if you’re lucky enough to be going away, safe travels.