Great crowd and entertaining auction from Mathew Cox (Buxton) at 12 MacGregor St, Parkdale. It sold for $1.64m – a strong result that was well above reserve.

The outcome of the US presidential election and sharemarket fluctuations did little to dampen buyer confidence on Saturday, with continued strong results across the board being reported.

If vendors are listening to agent advice regarding reserve levels, more often than not there is a sold sticker on the board, usually comfortably above the reserve levels. Auction clearance rates still sit around the 80 per cent mark and it seems this may not change much up to Christmas. This superbly positioned, single-fronted period home drew a large crowd to the auction on Saturday. Offering excellent potential with good street frontage and holding the northern side of the pair, four bidders competed for the keys to the property. Tom McCarthy from Biggin & Scott ran an enthusiastic auction with bidding starting at $1.57m, quickly going on the market at $1.6m and eventually selling for $1.8m. Four keen bidders fought it out for this elegant modern home, which eventually sold for $6.05m (Mark Wridgway, RT Edgar).

Situated in a picturesque tree-lined street, this architectural home delivers garden views from every room, with many cleverly positioned windows and skylights adding to the bright interior.  The home is solid brick throughout, well proportioned and fitted out with an elegant, modern style. Mark Wridgway from RT Edgar ran the successful auction, keeping the bidding going steadily from four keen bidders. The property was announced on the market at $5.8m, with bids continuing back and forth until the property was knocked down at $6.05m.

Agent Opinion: ‘There has been plenty of talk this year about low stock levels in comparison to previous years. Can you see this picking up in the early part of 2017?’ 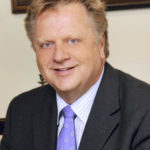 Rob Fletcher,  Fletchers: Stock levels were unusually low, especially around June/July this year, but we have seen quite an increase in properties that have come onto the market in recent months. Traditionally January is a quiet listing month for most of our offices but also a strong selling period until stock levels increase in the following months, which I predict will continue again next year.