Good crowds out and about on the weekend, despite the wet, windy and cold Melbourne weather.

Results overall were very solid for sellers on the weekend.  Although the weather was incredibly wet and cold, this didn’t deter buyers and there were good numbers at most properties.

The Saturday the week before Melbourne Cup weekend is usually big; however, REIV statistics showed there were only 1114 auctions this year compared with 1551 for the same weekend last year. 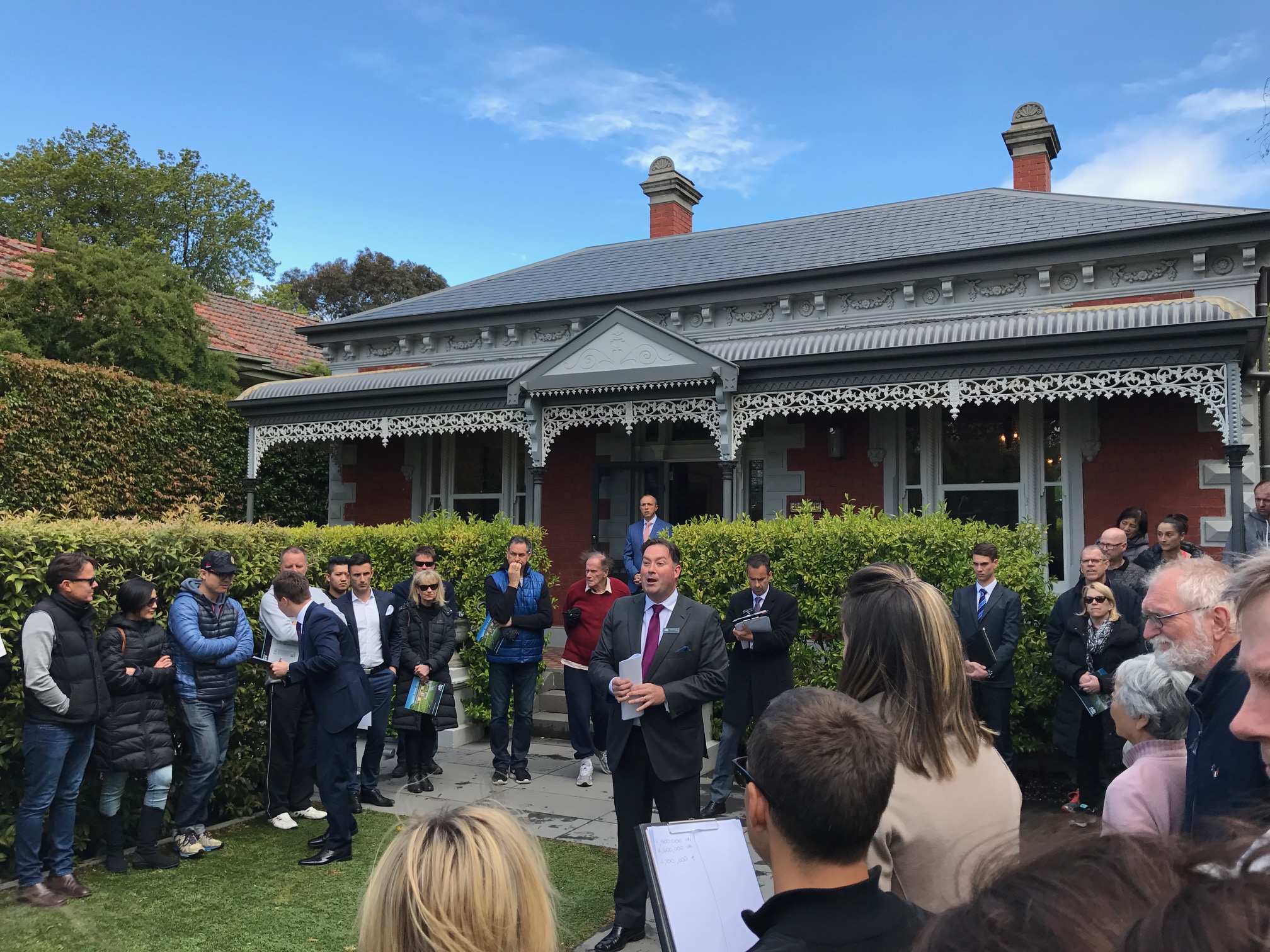 Steven Abbott (Jellis Craig) in front of a shivering but strong crowd at Hawthorn Grove, Hawthorn.

A large crowd braved the extreme weather conditions in the picturesque front garden to see Steven Abbott conduct the auction. Following a sale at #36 that morning for $5m, Jellis Craig was keen to deliver a similar outcome.  The crowd remained quiet after a call for offers, with Steven eventually placing a vendor bid to commence proceedings at $4.5m, followed by a further bid of $4.6m.  One bidder followed to secure first negotiation rights with $4.7m before the property was passed in at that level.  The property sold after auction for an undisclosed amount over $5m.

A smaller home but well located near the Bay St shops in Brighton. A large crowd huddled under umbrellas and raincoats, as heavy rain fell at the start of the auction, which was ultimately relocated inside. Auctioneer John Clarkson was ready for this strong crowd of about 100 people. Opening with a genuine bid of $1.5m, multiple bidders fought hard for this single-level period home. It sold strongly under the hammer for $2.019m. An entertaining auction by John, who was at his humorous best and well assisted by Bert Stewart – a very likeable duo.

Agent Opinion: “The market appears to be very buoyant at the moment. With the expected stock increase for November, do you expect this heat to continue?”

Justin Long, Marshall White: The residential real estate market is as buoyant as I’ve seen for some time and lower than usual stock levels have a good deal to do with it. Whilst there seems to be a little bit of a last minute push to get homes sold prior to Christmas, the likelihood of a dramatic increase in stock levels in November is unlikely and hence I expect things to remain very steady or strong for the balance of the year and into the first half of 2017.